[pump]
1. an apparatus for drawing or forcing liquid or gas.
2. to draw or force liquids or gases.
blood pump a machine used to propel blood through the tubing of extracorporeal circulation devices.
breast pump a pump for taking milk from the breast.
calcium pump the mechanism of active transport of calcium (Ca2+) across a membrane, as of the sarcoplasmic reticulum of muscle cells, against a concentration gradient; the mechanism is driven by hydrolysis of ATP.
enteral feeding pump an infusion pump specifically designed for administration of a solution through a feeding tube.
insulin pump see insulin pump.
intra-aortic balloon pump see intra-aortic balloon pump.
muscle pump compression of veins by the contraction of skeletal muscles, forcing blood towards the heart against the flow of gravity; seen particularly in the deep veins of the lower limbs. Called also venous pump.
Na+-K+ pump sodium-potassium pump.
proton pump a system for transporting protons across cell membranes, often exchanging them for other positively charged ions.
sodium pump (sodium-potassium pump) the mechanism of active transport driven by the energy generated by Na+,K+-ATPase, by which sodium (Na+) is extruded from a cell and potassium (K+) is brought in, so as to maintain the low concentration of sodium and the high concentration of potassium within the cell with respect to the surrounding medium. A high concentration of intracellular potassium is necessary for vital processes such as protein biosynthesis, certain enzyme activities, and maintenance of the membrane potential of excitable cells. Called also Na+-K+ pump.
stomach pump see stomach pump.
venous pump muscle pump. 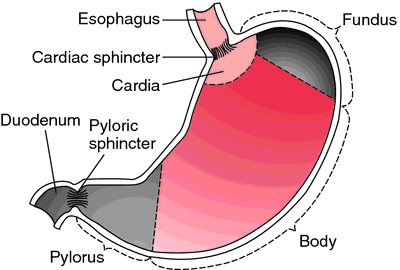 an apparatus for removing the contents of the stomach by means of suction.
Farlex Partner Medical Dictionary © Farlex 2012

(stŭm'ăk pŭmp)
An apparatus for removing the contents of the stomach by means of suction.
Medical Dictionary for the Health Professions and Nursing © Farlex 2012