Chancroid is a sexually transmitted disease caused by a bacterial infection that is characterized by painful sores on the genitals.

Chancroid is an infection of the genitals that is caused by the bacterium Haemophilus ducreyi. Chancroid is a sexually transmitted disease, which means that it is spread from person to person almost always by sexual contact. However, there have been a few cases in which healthcare providers have become infected through contact with infected patients.
Common locations for chancroid sores (ulcers) in men are the shaft or head of the penis, foreskin, the groove behind the head of the penis, the opening of the penis, and the scrotum. In women, common locations are the labia majora (outer lips), labia minora (inner lips), perianal area (area around the anal opening), and inner thighs. It is rare for the ulcer(s) to be on the vaginal walls or cervix. In about 50% of the patients with chancroid, the infection spreads to either or both of the lymph nodes in the groin.
Chancroid is most commonly found in developing and third world countries. In the United States, the most common cause of genital ulcers is genital herpes, followed by syphilis, and then chancroid. As of 1997, there were fewer than 1,500 cases of chancroid in the United States per year and it occurred primarily in African Americans, Hispanic Americans, and Native Americans. There are occasional localized outbreaks of chancroid in the United States. In addition, the practice of exchanging sex for drugs has lead to a link between crack cocaine use and chancroid.
Even though the incidence of chancroid in the United States decreased in the 1990s, there is an alarming connection between chancroid and human immunodeficiency virus (HIV) infection. HIV causes AIDS (acquired immunodeficiency syndrome) and is easily spread from person to person through chancroid ulcers. Uncircumcised men with chancroid ulcers have a 48% risk of acquiring HIV from sexual contact. Women with chancroid ulcers are also at a greater risk of being infected with HIV during sexual contact. Genital ulcers seem to act as doorways for HIV to enter and exit.

Haemophilus ducreyi is spread from person to person by vaginal, anal, and oral sexual contact. Uncircumcised men are about three times more likely than circumcised men to become infected following exposure to Haemophilus ducreyi. Having unprotected sex, exchanging sex for drugs, and having unprotected sex with a prostitute are other risk factors. Many cases of chancroid in the United States occur in persons who had traveled to countries where the disease is more common.
Chancroid occurs when Haemophilus ducreyi penetrates the skin through an injury, like a scratch or cut. Once past the skin surface, the warmth, moisture, and nutrients allow bacteria to grow rapidly. The first sign of chancroid is a small, red papule that occurs within three to seven days following exposure to the bacteria, but may take up to one month. Usually within one day, the papule becomes an ulcer. The chancroid ulcer is painful, bleeds easily, drains a grey or yellowish pus, and has sharply defined, ragged edges. They can vary in size from an eighth of an inch to two inches in diameter. Men usually have only one ulcer, but women often have four or more. Sometimes "kissing" ulcers occur when one ulcer spreads the bacterial infection to an opposite skin surface. For example, kissing ulcers can form on the lips of the labia majora. Alternatively, women may not have any external sores but may experience painful urination, intercourse, and/or bowel movements and may have a vaginal discharge or rectal bleeding.
Signs that the infection has spread to the lymph node appear about one week after the formation of the genital ulcer. Lymph nodes are small organs in the lymphatic system that filter waste materials from nearly every organ in the body. This lymph node infection is called "lymphadenitis" and the swollen, painful lymph node is called a "bubo." The bubo, which appears as a red, spherical lump, may burst through the skin, releasing a thick pus and forming another ulcer.

Chancroid may be diagnosed and treated by urologists (urinary tract doctors for men), gynecologists (for women), and infectious disease specialists. Part of the diagnosis of chancroid involves ruling out genital herpes and syphilis because genital ulcers are also symptoms of these diseases. The appearance of these three diseases can be close enough to be confusing. However, the presence of a pus-filled lump in the groin of a patient with a genital ulcer is highly specific for chancroid.
For a clear-cut diagnosis of chancroid, Haemophilus ducreyi must be isolated from the ulcer. To do this, a sterile cotton swab is wiped over the ulcer to obtain a pus sample. In the laboratory, the sample is put into special media and placed in an incubator. Haemophilus ducreyi takes from two to five days to grow in the laboratory. In addition, the pus may be examined under the microscope to see which bacteria are in the ulcer. A sample of the pus may also be tested to see if the herpes virus is present. A blood sample will probably be taken from the patient's arm to test for the presence of antibodies to the bacteria that causes syphilis.

The only treatment for chancroid is antibiotics given either once or for several days. Antibiotics taken by mouth for one to two weeks include erythromycin (E-Mycin, Ery-Tab), amoxicillin plus clavulanic acid (Augmentin), co-trimoxazole (Bactrim, Septra), or ciprofloxacin (Cipro). Antibiotics given in one dose include ceftriaxone (Rocephin), spectinomycin (Trobicin), co-trimoxazole, or ofloxacin (Floxin).
The ulcer(s) may be cleaned and soaked to reduce the swelling. Salt solution dressings may be applied to the ulcer(s) to reduce the spread of the bacteria and prevent additional ulcers. A serious infection of the foreskin may require circumcision. Pus would be removed from infected lymph nodes by using a needle and syringe. Very large buboes may require surgical drainage.

Without treatment, chancroid may either go away quickly or patients may experience the painful ulcers for many months. A complete cure is obtained with antibiotic treatment. Severe ulcers may cause permanent scars. Severe scarring of the foreskin may require circumcision. Urethral fistulas (abnormal passage-ways from the urine tube to the skin) may occur and requires corrective surgery.

The best prevention for chancroid is to use a condom during sexual intercourse. Chancroid can also be prevented by abstinence (avoidance of any sexual contact) and by being in a monogamous relationship with a disease-free partner. To prevent the spread of chancroid, it is important that all sexual contacts of the patient are identified and treated.

Bubo — A tender, swollen lymph node in the groin that may follow a chancroid ulcer.
Groin — The region of the body that lies between the abdomen and the thighs.
Gale Encyclopedia of Medicine. Copyright 2008 The Gale Group, Inc. All rights reserved.

[shang´kroid]
a soft nonsyphilitic venereal sore caused by Haemophilus ducreyi. As in syphilis, the first symptom of this disease may be the appearance of a sore, but the sore is soft, as opposed to the hard chancre of syphilis. Chancroid is almost always spread by sexual contact, but in rare instances it may be transmitted indirectly from soiled dressings or towels. In the venereal infection, three to five days after exposure one or more small soft sores appear on or near the external genitalia. These soon develop into ulcers with irregular edges, and the surrounding areas become red and swollen. In many cases, the infection spreads to the lymph nodes of the groin, causing swelling and tenderness. These masses usually require aspiration.

It is difficult to isolate Haemophilus ducreyi. The Centers for Disease Control and Prevention has therefore recommended the following criteria for diagnosis of chancroid: one or more painful genital ulcers, tender lymphadenopathy, suppurative adenopathy, and negative laboratory tests for Treponema pallidum, and herpes simplex.

The recommended antibiotic therapy is any of four agents: azithromycin, ceftriaxone, erythromycin, and ciprofloxacin. The patient should also be evaluated for syphilis, herpes simplex virus, and the human immunodeficiency virus. Patient education should focus on avoiding high-risk sexual activities; unprotected sexual intercourse during treatment places partners at risk.
Miller-Keane Encyclopedia and Dictionary of Medicine, Nursing, and Allied Health, Seventh Edition. © 2003 by Saunders, an imprint of Elsevier, Inc. All rights reserved. 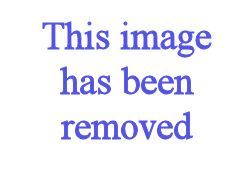 CHANCROID: (SOURCE: Centers for Disease Control and Prevention: Dr. Greg Hammond and Susan Lindsley)
A sexually transmitted infection, caused by the Haemophilus ducreyi (a gram-negative bacillus). Its hallmark is the appearance on the genitals of one or more painful ulcers. The incubation period is typically 2 to 5 days, although longer incubations have been reported. The genital chancre of syphilis is clinically distinguished from that of chancroid in that the syphilitic ulcer is painless. Cultures on chocolate agar are used to confirm the diagnosis. Ceftriaxone, azithromycin, or ciprofloxacin are used to treat the infection. See: illustration

A chancroid begins with multiple pustules or ulcers having abrupt edges, a rough floor, yellow exudate, and purulent secretion. It is sensitive and inflamed. It heals rapidly, leaving a scar. Chancroids may affect the penis, urethra, vulva, or anus. Multiple lesions may develop by autoinoculation. Types include transient, phagedenic, giant, and serpiginous.

(shang'kroyd)
An infectious, painful, ragged venereal ulcer at the site of infection by Haemophilus ducreyi, beginning after an incubation period of 3-7 days.
Medical Dictionary for the Dental Professions © Farlex 2012