[roōt]
1. the descending and subterranean part of a plant.
2. that portion of an organ, such as a tooth, hair, or nail, that is buried in the tissues, or by which it arises from another structure, or the part of a nerve that is adjacent to the center to which it is connected. 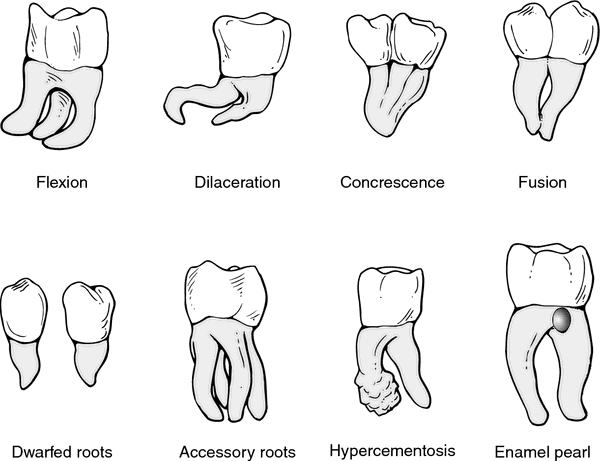 (root)
1. The underground part of a plant.
2. A bundle of pia-covered axons that emerges from or enters into the brain or spinal cord inside the dura; the central-most end of a peripheral nerve, inside the dura.
3. A portion of an organ implanted in tissues. Synonym: radix
4. The part of the human tooth covered by cementum; designated by location (mesial, distal, buccal, lingual).
5. In the coastal regions of the southeastern U.S., esp. among those of Caribbean or African descent, a hex or spell, esp. one that relies on herbal rituals to produce or heal disease.

One of the two roots by which a spinal nerve is attached to the spinal cord; contains efferent nerve fibers.

The origin of the mesentery of the small intestine along the back wall of the abdomen.

The anterior root of a spinal nerve. Synonym: ventral root

The proximal portion of nail covered by the nail fold.

The top of the nose where it meets and makes an angle with the base of the forehead between the eyes.

The powder made from the root of certain species of iris. It is used in making some types of cosmetics. It may be a sensitizer by contact or inhalation.

One of the two roots by which a spinal nerve is attached to the spinal cord; contains afferent nerve fibers.

Feedback
Flashcards & Bookmarks ?
Please log in or register to use Flashcards and Bookmarks. You can also log in with
Flashcards ?
My bookmarks ?
+ Add current page to bookmarks
Mentioned in ?
References in periodicals archive ?
In a new study recently published in Frontiers in Neurology, James, Carlstedt and other collaborators set out to understand how the implanted sensory root was connecting with the spinal cord in the dorsal horn.
New Surgical Strategy Offers Hope for Repairing Spinal Injuries
70% schwannoma arises from sensory root, 20% from motor roots and rest from both motor and sensory roots.
An amazing case report of cervical Schwannoma
It was also said that the patient's symptoms depended on whether the disc was pressing on the MOTOR root of the nerve (muscle weakness and thinning) or the SENSORY root (pain, numbness, pins and needles).
Dr Miriam Stoppard's Health Focus Today: SCIATICA
The author subsequently used a translabyrinthine surgical approach to the cerebellopontine angle and found that the sensory root of the Vth nerve, although somewhat disturbed, was grossly intact.
Geniculate neuralgia: long-term results of surgical treatment. (Original Article)