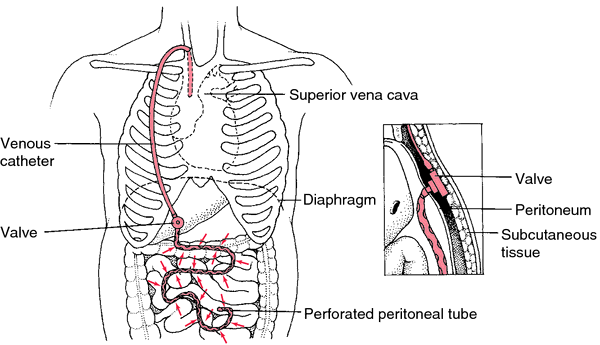 the passage of blood from the right side of the heart into the left (as through a septal defect), or from the pulmonary artery into the aorta (as through a patent ductus arteriosus); such a shunt can occur only when the pressure on the right side exceeds that in the left, as in advanced pulmonic stenosis, or when the pulmonary artery pressure exceeds aortic pressure, as in one form of Eisenmenger syndrome or in tricuspid atresia.
Farlex Partner Medical Dictionary © Farlex 2012

(rīt-left shŭnt)
The passage of blood from the right side of the heart into the left (as through a septal defect), or from the pulmonary artery into the aorta (as through a patent ductus arteriosus); such a shunt can occur only when the pressure on the right side exceeds that in the left.
Medical Dictionary for the Health Professions and Nursing © Farlex 2012

Feedback
Flashcards & Bookmarks ?
Please log in or register to use Flashcards and Bookmarks. You can also log in with
Flashcards ?
My bookmarks ?
+ Add current page to bookmarks
Mentioned in ?
References in periodicals archive ?
Preclosure right-to-left shunt was severe in 95% of patients, as summarized in Table 2.
Recurrent Stroke after Transcatheter PFO Closure in Cryptogenic Stroke or Tia: Long-Term Follow-Up
Unfortunately, c-TCD is unable to differentiate cardiac from pulmonary right-to-left shunts and provides no data on the shape and size of the defect [7].
Comparison of Different Contrast Agents in Detecting Cardiac Right-to-Left Shunt in Patients with a Patent Foramen Ovale during Contrast-Transthoracic Echocardiography
Another possible cause of paradoxical air embolism is a pulmonary right-to-left shunt, which may occur with an arterial-venous malformation (AVM).
Devastating cerebral air embolism after central line removal
In the Comorbidities Associated With Migraine and Patent Foramen Ovale (CAMP) study, 20 patients with large right-to-left: shunts scored significantly lower on measures of auditory and verbal memory and learning than did 20 patients with no right-to-left shunt. There was a significant inverse relationship between test scores and the number of embolic tracks detected on transcranial Doppler sonography, Jill Jesurum, Ph.D., and her associates reported at the meeting.
Cognitive deficits in migraineur with aura, circulatory shunting
In your case, the concern is a right-to-left shunt, meaning that a blood clot could travel from the right to the left side of the heart, and then on to the brain and cause a stroke.
Heart defect often causes no symptoms
Thus, the volume of the left-to-right shunt across the defect far exceeded that of the right-to-left shunt. The patient was referred for surgical repair of his sinus venosus atrial septal defect.
A 54-year-old man with shortness of breath and irregular pulse
Furthermore, in localised forms of bronchoalveolar carcinoma, hypoxaemia may be due to intrapulmonary right-to-left shunt (4,5).
Hypoxaemia and persistently increased extravascular lung water in a diffuse bronchioloalveolar carcinoma
A right-to-left shunt through a persistent foramen ovale (PFO) may produce a significant desaturation of arterial blood when the patient changes from decubitus to a sitting or standing position [2].
Acute Hypoxic and Refractory Respiratory Failure Induced by an Underlying PFO: An Unusual Case of Platypnea Orthodeoxia and Transient Complication after Transcatheter Closure
Refractory hypoxemia unexplained by CXR findings and with a structurally normal heart by echocardiography should strongly raise the suspicion for an extracardiac right-to-left shunt such as pulmonary AVM.
Pulmonary Arteriovenous Malformation Causing Systemic Hypoxemia in Early Infancy
Lung perfusion scan with Tc-99m MAA was performed and showed focal tracer uptake at the region of the brain, stomach, and both kidneys indicating right-to-left shunt (Figure 2).
Hypoxemia and Right-to-Left-Shunt in Patient with Antiphospholipid Syndrome: A Case Report with Multimodality Imaging Findings and Literature Review
A cryptogenic stroke in the context of a PFO is thought to be caused by a transient right-to-left shunt, enabling development of a paradoxical embolus.
Sudden visual loss and weakness in a young woman with migraines: MRI and CT brain scans revealed an acute posterior infarct, but extensive neurologic and laboratory tests offered no clues to the cause
After injection of agitated saline into an upper extremity vein was not detected right-to-left shunt by transthoracic contrast echocardiography.
Two-and three-dimensional echocardiography views of a prominent Chiari network prolapsing into right ventricle/Sag ventrikule prolabe olan belirgin Chiari aginin iki ve uc boyutlu ekokardiyografik gorunumu