(ri'val-re)
Competition between two or more individuals, groups, or systems seeking to attain the same goal.

The continuous alternation in the conscious perception of visual stimuli to the two eyes.

Competition between the sexes for status and compensation, esp. in business, politics, and sports.

The conflicting perception of ambiguous sensory data, e.g., of light and dark interlocking images. The viewer sees first the light and then the dark parts of the image as dominant.

The competition between children for attention and affection from others, esp. their parents.
Medical Dictionary, © 2009 Farlex and Partners

When the two eyes are simultaneously or successively stimulated on corresponding retinal areas by dissimilar images (e.g. a green source to one eye and a red to the other, or lines orientated in one direction to one eye and in the other direction to the other), there results either an alternation of perception (complete or partial) or even a constant dominance of one eye. (Fig. R11) Syn. binocular rivalry. See Cheshire cat effect; suppression. 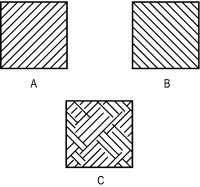 Fig. R11 Retinal rivalry. Target A is seen by one eye. Target B is seen by the other eye
Millodot: Dictionary of Optometry and Visual Science, 7th edition. © 2009 Butterworth-Heinemann