[as´ĭ-nus] (pl. a´cini) (L.)
any of the smallest lobules of a compound gland.
liver acinus the smallest functional unit of the liver, a mass of liver parenchyma that is supplied by terminal branches of the portal vein and hepatic artery and drained by a terminal branch of the bile duct. 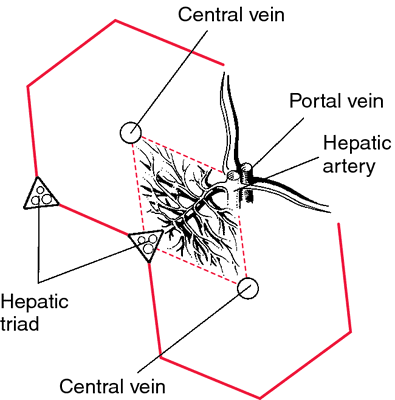 that part of the airway consisting of a respiratory bronchiole and all of its branches.
Synonym(s): primary pulmonary lobule, respiratory lobule

(pul'mŏ-nār-ē as'i-nŭs)
That part of the airway consisting of a respiratory bronchiole and all of its branches.
Synonym(s): primary pulmonary lobule.