[trēt´ment]
1. the management and care of a patient; see also care.
2. the combating of a disease or disorder; called also therapy. 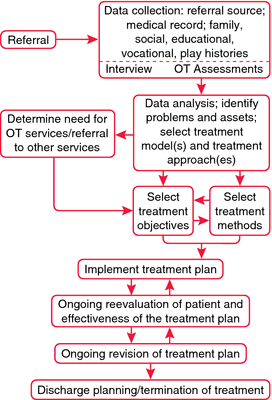 Patient discussion about refusal of treatment

Q. How to get a bipolar person to get treatment, if refuses to carry this condition? My girlfriend’s mom told me once by phone that my girlfriend was bipolar. I started doing a little research and learned it is difficult to live with this sickness. I don't want to brake up but my safety is fading out now

A. Unless you know for definite that your gf has actually been properly diagnosed for this disorder, you can't tell her to get treatment for a disorder that her mum thinks she may supposedly have. I think you need to have a big long chat with your girlfriend about this and show her your encouragement and support, rather than fear about your safety. She needs someone like you to understand what it is like, and it seems that her bipolar is not an extreme case, otherwise you would have known right away with her behavior. It's caused my having major highs and lows, and if she has been properly diagnosed, encourage her to get the treatment as you care for her and want her to get better!
More discussions about refusal of treatment
This content is provided by iMedix and is subject to iMedix Terms. The Questions and Answers are not endorsed or recommended and are made available by patients, not doctors.

Feedback
Flashcards & Bookmarks ?
Please log in or register to use Flashcards and Bookmarks. You can also log in with
Flashcards ?
My bookmarks ?
+ Add current page to bookmarks
Mentioned in ?
References in periodicals archive ?
The case concerned an adult woman who was putting her own (and her unborn child's) life at risk by her refusal of treatment for pre-eclampsia.
Presuming competence to consent: could anything be sillier?
The judgment points out that the courts have always ordered treatment where a refusal of treatment has endangered a child's healthy future.
Minors and health care: A.C. v. Manitoba
Lord Donaldson MR suggested that the requirement that an adult be informed in broad terms of the nature and effect of the treatment for consent to be valid also applies to a refusal of treatment. It follows from this that a failure to inform an adult in this way means that the refusal will not be effective.
Refusing advance refusals: advance directives and life-sustaining medical treatment
The first is to honor her refusal of treatment. Stop turning her over, cleaning her, and tending to her wounds.
Competent refusal of nursing care
And while the findings revealed broad support for a debate on the rationing of treatment, the reaction to outright refusal of treatment was less definitive, with a vast majority saying that the decision should be made on clinical grounds, rather than cost.
Today: too fat for surgery?Tomorrow: where do we draw the line?
It is especially upsetting when the refusal of treatment in one area is contradicted by its availability in others.
Our say:Saturday
Overriding a patient's refusal of treatment after an iatrogenic complication.
The management of cardiopulmonary arrests in chronic dialysis patients
Refusal of treatment - rejection of medication, water or food, by people with terminal illness as well as those such as the super-elderly without a "nameable" condition.
Oregon law allows other options to physician-assisted suicide
Thus, the parental right to make medical decisions includes the right to refuse medical treatment if the parent believes that the refusal of treatment best protects the child's interests, for example because they fundamentally disagree with the approach of orthodox medicine and prefer to resort to complementary medicine for routine treatment, because they want to seek a second opinion, or because they think that it is best to reject treatment altogether.
Reversal of fortune - Re A (Conjoined Twins) and beyond: who should make treatment decisions on behalf of young children?
Maryland: revocation of sentence credits for refusal of treatment
State Crime Legislation 1999: Trends and Themes
'An advance refusal of treatment relating to a specific condition or stance that is already known about may be possible to accept,' he said.
Our health: Right to die: AGAINST
Superior Court, I would argue that this condition is not necessary to make the refusal of treatment honored within the legal limit.
Death with Dignity Withdrawal of Life Support