[glo-mer″u-lo-nĕ-fri´tis]
a variety of nephritis characterized by inflammation of the capillary loops in the glomeruli of the kidney. It occurs in acute, subacute, and chronic forms and may be secondary to an infection, especially with the hemolytic streptococcus. 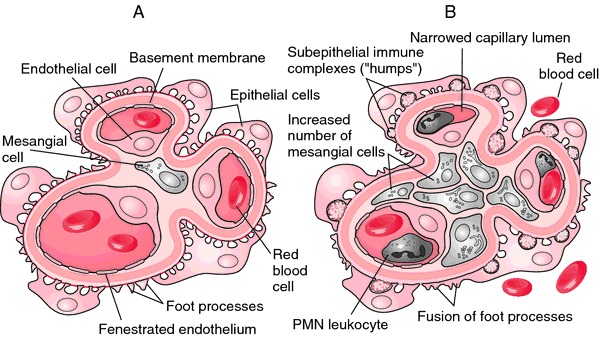 Abbreviation: RPGN
Any glomerular disease in which there is rapid loss of renal function, usually with crescent-shaped lesions in more than 50% of the glomeruli.
See also: glomerulonephritis