[im´ij-ing]
the production of diagnostic images, e.g., radiography, ultrasonography, or scintigraphy.
digital subtraction imaging a technique in radiography in which electronic subtraction allows the visualization of individual images; see also digital subtraction angiography.
electrostatic imaging a method of visualizing deep structures of the body, in which an electron beam is passed through the patient and the emerging beam strikes an electrostatically charged plate, dissipating the charge according to the strength of the beam. A film is then made from the plate.
gated cardiac blood pool imaging equilibrium radionuclide angiocardiography.
horizontal beam imaging a grid positioning technique in radiology in which the grid cassette is positioned with its lead lines perpendicular to the floor.
hot spot imaging (infarct avid imaging) infarct avid scintigraphy.
magnetic resonance imaging see magnetic resonance imaging.
myocardial perfusion imaging myocardial perfusion scintigraphy.
Miller-Keane Encyclopedia and Dictionary of Medicine, Nursing, and Allied Health, Seventh Edition. © 2003 by Saunders, an imprint of Elsevier, Inc. All rights reserved.

(ĭm′ĭ-jĭng)
n.
Visual representation of an object, such as a body part or celestial body, for the purpose of medical diagnosis or data collection, using any of a variety of techniques, such as ultrasonography or spectroscopy.
The American Heritage® Medical Dictionary Copyright © 2007, 2004 by Houghton Mifflin Company. Published by Houghton Mifflin Company. All rights reserved.

Imaging
The production of non-invasive images of body regions using ionising radiation (e.g., CT or mammography) or electromagnetic radiation (e.g., MRI or ultrasonography), with or without radiocontrast. The information obtained is then analysed by a computer to produce a 2-D display. 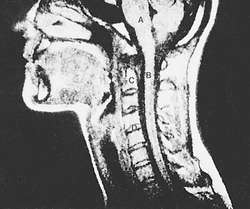 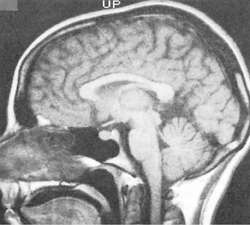 Measurement of the size of specific structures within the brain with magnetic resonance imaging or other devices. It is used to diagnose and identify brain diseases noninvasively. Atrophy of certain anterior brain structures is found in patients with frontotemporal dementia. In schizophrenia, the hippocampus and amygdala are reduced. Other findings have been demonstrated in depression, fragile X syndrome, Rett's disease, Tourette's syndrome, and other neurological disorders.
Synonym: volumetric neuroimaging
Medical Dictionary, © 2009 Farlex and Partners