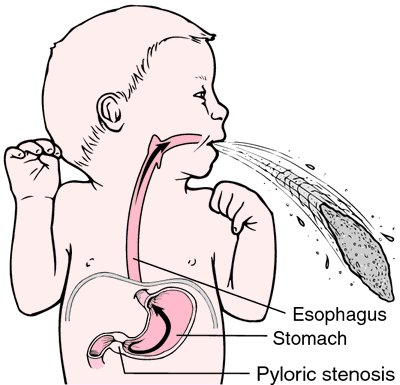 [stĕ-no´sis] (pl. steno´ses)
an abnormal narrowing or contraction of a body passage or opening; called also arctation, coarctation, and stricture.
aortic stenosis obstruction to the outflow of blood from the left ventricle into the aorta; in the majority of adult cases the etiology is degenerative calcific disease of the valve.
hypertrophic subaortic stenosis (idiopathic hypertrophic subaortic stenosis) a cardiomyopathy of unknown cause, in which the left ventricle is hypertrophied and the cavity is small; it is marked by obstruction to left ventricular outflow.
mitral stenosis a narrowing of the left atrioventricular orifice (mitral valve) due to inflammation and scarring; the cause is almost always rheumatic heart disease. Normally the leaflets open with each pulsation of the heart, allowing blood to flow from the left atrium into the left ventricle, and close as the ventricle fills again so that they prevent a backward flow of blood. In mitral stenosis there is a resultant increase of pressure in the pulmonary artery and hypertrophy of the left ventricle. The usual treatment is surgical replacement of the valve.
pulmonary stenosis (PS) narrowing of the opening between the pulmonary artery and the right ventricle.
pyloric stenosis see pyloric stenosis.
renal artery stenosis narrowing of one or both renal arteries by atherosclerosis or by fibrous dysplasia or hyperplasia, so that renal function is impaired (see ischemic nephropathy). Increased renin release by the affected kidney causes renovascular hypertension, and bilateral stenosis may result in chronic renal failure.
spinal stenosis narrowing of the vertebral canal, nerve root canals, or intervertebral foramina of the lumbar spine, caused by encroachment of bone upon the space; symptoms are caused by compression of the cauda equina and include pain, paresthesias, and neurogenic claudication. The condition may be either congenital or due to spinal degeneration.
subaortic stenosis aortic stenosis due to an obstructive lesion in the left ventricle below the aortic valve, causing a pressure gradient across the obstruction within the ventricle. See also idiopathic hypertrophic subaortic stenosis.
subglottic stenosis stenosis of the trachea below the glottis. A congenital form results in neonatal stridor or laryngotracheitis, often requiring tracheotomy but resolving with age. An acquired form is caused by repeated intubations.
tracheal stenosis scarring of the trachea with narrowing, usually as a result of injury from an artificial airway or trauma.
tricuspid stenosis (TS) narrowing or stricture of the tricuspid orifice of the heart, a condition often seen in patients with severe congestive heart failure, usually the result of volume overload and pulmonary hypertension with right ventricular and tricuspid annular dilation.
Miller-Keane Encyclopedia and Dictionary of Medicine, Nursing, and Allied Health, Seventh Edition. © 2003 by Saunders, an imprint of Elsevier, Inc. All rights reserved.

(pī-lōr'i-stĕ-nō'sis)
Stricture or narrowing of the orifice of the pylorus.
Synonym(s): pylorostenosis.
[pylor- + G. stenōsis, a narrowing]
Medical Dictionary for the Health Professions and Nursing © Farlex 2012