that part of the airway consisting of a respiratory bronchiole and all of its branches.
Synonym(s): primary pulmonary lobule, respiratory lobule
Farlex Partner Medical Dictionary © Farlex 2012

A sub-segmental structure which, with the acinus, is the smallest unit of lung tissue. It consists of an alveolar duct, alveolar sacs and alveoli and their cognate blood vessels, lymphatics and nerves.
Segen's Medical Dictionary. © 2012 Farlex, Inc. All rights reserved.

(pul'mŏ-nār-ē as'i-nŭs)
That part of the airway consisting of a respiratory bronchiole and all of its branches.
Synonym(s): primary pulmonary lobule.
Medical Dictionary for the Health Professions and Nursing © Farlex 2012 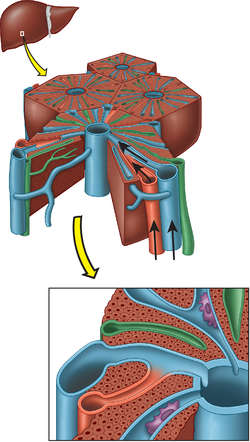