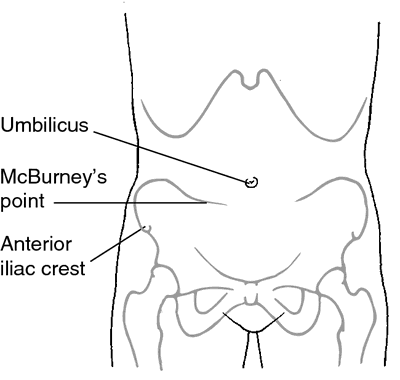 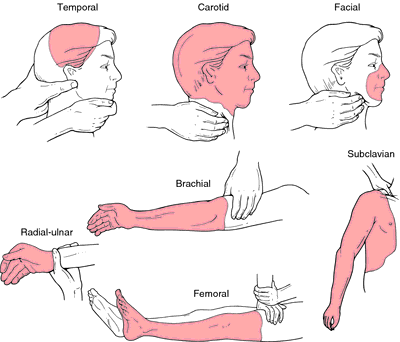 a cutaneous locus having pressure-sensitive elements that, when compressed, yield a sensation of pressure.
Farlex Partner Medical Dictionary © Farlex 2012

Emergency care A point or zone on the body surface–femoral, brachial, or carotid region that can be compressed to control hemorrhage from the respective artery Neurology A zone highly sensitive to pain
McGraw-Hill Concise Dictionary of Modern Medicine. © 2002 by The McGraw-Hill Companies, Inc.

(presh'ŭr poynt)
A cutaneous locus having pressure-sensitive elements that, when compressed, produce a sensation of pressure.
Medical Dictionary for the Health Professions and Nursing © Farlex 2012

(presh'ŭr poynt)
Cutaneous locus with pressure-sensitive elements that, when compressed, yield a sensation of pressure.
Medical Dictionary for the Dental Professions © Farlex 2012

A. Yes…there are some other techniques available where they can excite the points for the same effect as acupuncture points which may give some additional benefits. Techniques used are moxibustion, essential oils and now even laser biostimulation is gaining popularity.
More discussions about pressure point
This content is provided by iMedix and is subject to iMedix Terms. The Questions and Answers are not endorsed or recommended and are made available by patients, not doctors.

Feedback
Flashcards & Bookmarks ?
Please log in or register to use Flashcards and Bookmarks. You can also log in with
Flashcards ?
My bookmarks ?
+ Add current page to bookmarks
Mentioned in ?
References in periodicals archive ?
The issues surrounding pressure points and the recent criticisms leveled against them are not brought up to malign legitimate expressions of concern over the effectiveness of a specific technique.
Controlling subjects: realistic training vs. magic bullets
PRESSURE POINT She's tons of fun to hang out with, but when the clock strikes 10 p.m.
No pressure: is your bud truing to bring out your inner bad girl? Here's how to stand your ground ... nicely
A new study by experts at Queensland's Griffith University has shown that massaging key pressure points can stave off food cravings and even turn people off certain foods for life, leading to weight loss.
Pressure point therapy 'can stave off food cravings'
To be sure you are in the right spot, use the thumb of your right hand and put it on your left hand in the spot you think is the correct pressure point. Keep your left hand relaxed and push hard with your right thumb.
The bow hand
However, the fact that any area over a pressure point must be coded as a pressure ulcer does not mean that the facility cannot obtain supporting documentation that the wound was not caused by lack of care, but by other possible causes, and present an expected outcome.
In this case study, the plaintiff attorney's entire argument revolved around the allegation that a pressure ulcer was caused by staff not repositioning the resident in bed. (Letters to the Editor)
FRANKLIN ADHESIVES of Columbus, OH, has upgraded its Web site to include the Pressure Point Adhesives Calculator, a free service that quickly determines the proper pressure and cycle times for clamp carriers, hydraulic laminating presses and radio frequency glue systems.
Franklin adds Adhesive Calculator to Web site. (Trends & News)
The difference with this smoothing treatment is the deep-cleansing benefits, the use of a special hydrating mask and pressure point massage.
Treatment of the week
Narrow grips have become popular because they make it easier to feel the right pressure point and repeat it time after time.
Quick fixes for left and right misses
With the entire set from debut album Who Killed The Zutons?, singles Pressure Point and latest offering You Will You Won't stood out, as did the Middle East-meets-rhumba of closer Nightmare Part II.
Mail Music : THE ZUTONS Garage, Glasgow, April 23HHHHH
Bafta award winner Robert, 37, will line up next to Hollywood heart-throb Pierce Brosnan when Pressure Point starts filming at Pinewood in January.
Robert is going the full Bondy
"When the pressure point comes English cricket crumbles.
Nasser: Our trouble is we're too matey and lovey dovey
Weary of all the questions he said last night: "Every game I play seems to be a huge pressure point for me.
Axe hangs over Will