a condition in which the longitudinal arch is broken down, the entire sole touching the ground.
Synonym(s): flatfoot, talipes planus
Farlex Partner Medical Dictionary © Farlex 2012

A common (20–30% of the population) complaint, which affects many age groups. True flat feet (as defined by orthopaedists) are uncommon. Often, a parent will perceive flattening of the foot when a child first ambulates; laxity of the ligaments may result in collapse of the foot with valgus on the hind-foot, and eversion or pronation of the forefoot. Avalgus deformity of > 10% requires therapy; often a shoe will suffice as therapy. Flat foot grades are based on disability, ranging from mere strain or tenderness to osseous rigidity. The peroneal spastic flat feet variant is commonly due to abnormal coalescence between 2 or more tarsal bones, often at the calcaneocuboid, calcaneonavicular, and talocalcaneal bars.

(tal'i-pēz plā'nŭs)
A condition in which the longitudinal arch is broken down, the entire sole touching the ground.
Synonym(s): flatfoot, pes planus.
Medical Dictionary for the Health Professions and Nursing © Farlex 2012 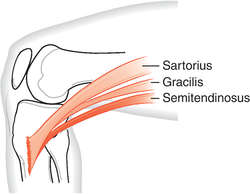 A. Pes planus (flat foot) is not a rare condition in toddlers, and may resolves spontaneously as the child grows. It is diagnosed clinically, i.e. by a doctor such as pediatrician or pediatric orthopedic surgeon, and radiographs are not universally indicated
More discussions about pes planus
This content is provided by iMedix and is subject to iMedix Terms. The Questions and Answers are not endorsed or recommended and are made available by patients, not doctors.