On the pad | definition of on the pad by Medical dictionary
https://medical-dictionary.thefreedictionary.com/on+the+pad
Printer Friendly

(redirected from on the pad)
Also found in: Dictionary, Thesaurus, Financial, Idioms, Encyclopedia.

[pad]
a cushion-like mass of soft material.
abdominal pad a pad for the absorption of discharges from abdominal wounds, or for packing off abdominal viscera to improve exposure during surgery. Called also laparotomy pad.
dinner pad a pad placed over the stomach before a plaster jacket is applied; the pad is then removed to leave space under the jacket to take care of expansion of the stomach after eating.
infrapatellar fat pad a large pad of fat lying behind and below the patella.
knuckle p's nodular thickenings of the skin on the dorsal surface of the interphalangeal joints.
laparotomy pad abdominal p.
sucking pad (suctorial pad) a lobulated mass of fat that occupies the space between the masseter muscle and the external surface of the buccinator muscle. It is well developed in infants.
Miller-Keane Encyclopedia and Dictionary of Medicine, Nursing, and Allied Health, Seventh Edition. © 2003 by Saunders, an imprint of Elsevier, Inc. All rights reserved.

(pad),
1. Soft material forming a cushion, used in applying or relieving pressure on a part, or in filling a depression so that dressings can fit snugly.
2. A more or less encapsulated body of fat or some other tissue serving to fill a space or act as a cushion in the body (that is, heel pad).
Farlex Partner Medical Dictionary © Farlex 2012

(păd)
n.
1.
a. A thin, cushionlike mass of soft material used to fill, to give shape, or to protect against jarring, scraping, or other injury.
b. Sports A piece of equipment consisting of shaped cushioning material often attached to a hard outer surface and worn to protect against blows, collisions, or shots.
2.
a. The fleshy underside of the end of a finger or toe.
b. The cushionlike flesh on the underside of the toes and feet of many animals.
c. The foot of such an animal.
tr.v. padded, padding, pads
To line or stuff with soft material.
pad′less adj.
The American Heritage® Medical Dictionary Copyright © 2007, 2004 by Houghton Mifflin Company. Published by Houghton Mifflin Company. All rights reserved.

(pad)
1. A thin cushion of resilient or absorbent material applied to relieve pressure or absorb fluid.
2. A more or less encapsulated body of fat or some other tissue serving to fill a space or act as a cushion in the body.
Medical Dictionary for the Health Professions and Nursing © Farlex 2012 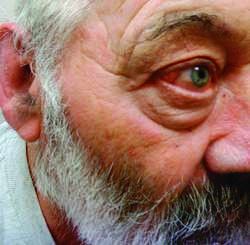 1. An absorbent gauze pad such as a laparotomy pad
2. A soft rubber pad with an apron and inflatable rim for drainage of escaping fluids; used in surgery and obstetrics.
Medical Dictionary, © 2009 Farlex and Partners

(pad)
1. Portion of finger that rests on dental instrument.
2. Soft material forming a cushion, used in applying or relieving pressure on a part, or in filling a depression so that dressings can fit snugly.
3. More or less encapsulated body of fat or some other tissue serving to fill a space or act as a cushion in the body (e.g., heel pad).
Medical Dictionary for the Dental Professions © Farlex 2012