Generalized (oculocutaneous) albinism
All 6 subtypes are AR; the most common, type IA is due to tyrosinase deficiency, which may be due to a missense mutation; GA also occurs in Chediak-Higashi, Hermansky-Pudlak, & Cross syndromes
Partial albinism
An AD condition with a focal white patch, similar to Waardenburg syndrome
Ocular albinism
An X-linked recessive condition

A disorder of voluntary movement, characterized by the inability to accomplish a skilled or purposeful movement, in the absence of motor paralysis, sensory loss or of a general lack of coordination. It is due to a cerebellar disease.
ocular motor apraxia A congenital inability to perform some voluntary ocular movements. Children with this condition often use head thrusts to move their eyes to the left or to the right.
optical apraxia Apraxia in which there is an inability to copy or to draw in proper spatial orientation. It is usually associated with visual agnosia. Syn. visual apraxia.
visual apraxia See optical apraxia. 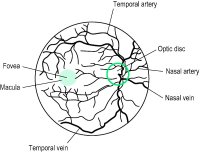 Fig. F11 Diagram of the fundus of the right eye

Feedback
Flashcards & Bookmarks ?
Please log in or register to use Flashcards and Bookmarks. You can also log in with
Flashcards ?
My bookmarks ?
+ Add current page to bookmarks
Mentioned in ?
References in periodicals archive ?
"Having said all of this, my guess is that your granddaughter has a condition called the carrier state of ocular albinism. This is an X-linked inherited condition which is carried or transmitted by the female and affects the male offspring.
MEDICAL MAILBOX
This genetically heterogeneous condition can be subdivided into either oculocutaneous or ocular albinism with the former characterised by hypopigmentation of the hair, eyes and skin.
Visual evoked potentials and their use in an optometric setting
In this paper, posterior segment eye diseases of genetic origin are reviewed, and retinoblastoma, mitochondrial diseases, retinal dysplasia, retinitis pigmentosa, choroideremia, gyrate atrophy, Alstrom disease, ocular albinism, optic nerve hypoplasia, anophrhalmia/microphrhalmia and Leber's congenital amaurosis are covered.
Genetics in ophthalmology III--posterior segment diseases/Oftalmolojide genetik III--arka segment hastaliklari
The Human Fertilisation & Embryology Authority (HFEA)--which oversees all fertility clinics and embryonic research in the UK--is currently considering the gene for X-linked ocular albinism for screening by UK PGD clinics.
The last retinitis pigmentosa patient? OT's Olivia Wannan learns about the embryonic techniques that stop disease at a DNA level