Neuralgia is defined as an intense burning or stabbing pain caused by irritation of or damage to a nerve. The pain is usually brief but may be severe. It often feels as if it is shooting along the course of the affected nerve.

Different types of neuralgia occur depending on the reason the nerve has been irritated. Neuralgia can be triggered by a variety of causes, including tooth decay, eye strain, or shingles (an infection caused by the herpes zoster virus). Pain is usually felt in the part of the body that is supplied by the irritated nerve.

Neuralgia is caused by irritation or nerve damage from systemic disease, inflammation, infection, and compression or physical irritation of a nerve. The location of the pain depends on the underlying condition that is irritating the nerve or the location of the particular nerve that is being irritated.
Neuralgia can result from tooth decay, poor diet, eye strain, nose infections, or exposure to damp and cold. Postherpetic neuralgia is an intense debilitating pain felt at the site of a previous attack of shingles. Trigeminal neuralgia (also called tic douloureux, the most common type of neuralgia), causes a brief, searing pain along the trigeminal nerve, which supplies sensation to the face. The facial pain of migraine neuralgia lasts between 30 minutes and an hour and occurs at the same time on successive days. The cause is not known.
Glossopharyngeal neuralgia is an intense pain felt at the back of the tongue, in the throat, and in the ear—all areas served by the glossopharyngeal nerve. The pain may occur spontaneously, or it can be triggered by talking, eating, or swallowing (especially cold foods such as ice cream). Its cause is not known.
Occipital neuralgia is caused by a pinched occipital nerve. There are two occipital nerves, each located at the back of the neck, each supplying feeling to the skin over half of the back of the head. These nerves can be pinched due to factors ranging from arthritis to injury, but the result is the same: numbness, pain, or tingling over half the base of the skull.

Neuralgia is a symptom of an underlying disorder; its diagnosis depends on finding the cause of the condition creating the pain.
To diagnose occipital neuralgia, a doctor can inject a small amount of anesthetic into the region of the occipital nerve. If the pain temporarily disappears, and there are no other physical reasons for the pain, the doctor may recommend surgery to deal with the pinched nerve.

B-complex vitamins, primarily given by intramuscular injection, can be an effective treatment. A whole foods diet with adequate protein, carbohydrates, and fats that also includes yeast, liver, wheat germ, and foods that are high in B vitamins may be helpful. Acupuncture is a very effective treatment, especially for postherpetic neuralgia. Homeopathic treatment can also be very effective when the correct remedy is used. Some botanical medicines may also be useful. For example, black cohosh (Cimicifuga racemosa) appears to have anti-inflammatory properties based on recent research.

The effectiveness of the treatment depends on the cause of the neuralgia, but many cases respond to pain relief.
Trigeminal neuralgia tends to come and go, but successive attacks may be disabling. Although neuralgia is not fatal, the patient's fear of being in pain can seriously interfere with daily life.
Some people with postherpetic neuralgia respond completely to treatment. Most people, however, experience some pain after treatment, and a few receive no relief at all. Some people live with this type of neuralgia for the rest of their lives, but for most, the condition gradually fades away within five years.

Desensitization — A technique of pain reduction in which the painful area is stimulated with whatever is causing the pain.
Dorsal root entry zone (DREZ) — A type of nerve surgery for postherpetic neuralgia that is occasionally used when the patient can get no other pain relief. The surgery destroys the area where damaged nerves join the central nervous system, thereby interfering with inappropriate pain messages from nerves to the brain.
Glossopharyngeal neuralgia — Sharp recurrent pain deep in the throat that extends to the area around the tonsils and possibly the ear. It is triggered by swallowing or chewing.
Migraine neuralgia — A variant of migraine pain, also called cluster headache, in which severe attacks of pain affect the eye and forehead on one side of the face.
Occipital neuralgia — Pain on one side of the back of the head caused by entrapment or pinching of an occipital nerve.
Postherpetic neuralgia — Persistent pain that occurs as a complication of a herpes zoster infection. Although the pain can be treated, the response is variable.
Shingles — A painful rash with blisters that appears along the course of a nerve. It is caused by infection with herpes zoster virus.
TENS — The abbreviation for transcutaneous electrical nerve stimulation, a technique used to control chronic pain. Electrodes placed over the painful area deliver a mild electrical impulse to nearby nerve pathways, thereby easing pain.
Trigeminal neuralgia — Brief episodes of severe shooting pain on one side of the face caused by inflammation of the root of the trigeminal nerve. Also referred to as tic douloureux. 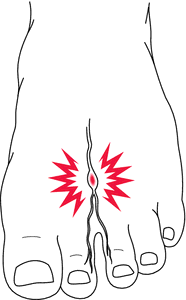 (nūr-al'jē-ă)
Pain of a severe, throbbing, or stabbing character in the course or distribution of a nerve.
Synonym(s): neurodynia.
[neur- +G. algos, pain]
Medical Dictionary for the Health Professions and Nursing © Farlex 2012

Pain experienced in an area supplied by a sensory nerve as a result of nerve disorder that results in the production of pain impulses in the nerve. Neuralgia may be caused by injury to the nerve, nerve inflammation (neuritis) from any cause, such as virus infection, or by nerve abnormality of unknown origin. Neuralgia is often episodic and may be triggered by a minor stimulus such as a light touch to the area supplied by the nerve. See also TRIGEMINAL NEURALGIA and POSTHERPETIC PAIN.
Collins Dictionary of Medicine © Robert M. Youngson 2004, 2005

(nūr-al'jē-ă)
Variable pain along the course or distribution of a nerve.
[neur- + G. algos, pain]
Medical Dictionary for the Dental Professions © Farlex 2012

Feedback
Flashcards & Bookmarks ?
Please log in or register to use Flashcards and Bookmarks. You can also log in with
Flashcards ?
My bookmarks ?
+ Add current page to bookmarks
Mentioned in ?
References in periodicals archive ?
BC may be more convenient in patients with neuralgia in multiple divisions, but the associated complications have to be kept in mind.
Comparative Analysis of Balloon Compression and Radiofrequency Ablation in Idiopathic Trigeminal Neuralgia: A Retrospective Study with a 24-Month Follow-up
Table 1 is presented with details of various investigational studies on trigeminal neuralgia using Magnetic Resonance Imaging (MRI).
Role of Magnetic Resonance Imaging in Evaluation of Trigeminal Neuralgia with its Anatomical Correlation
Herein, we report a rare and late presentation of pudendal neuralgia in a patient with fibromyalgia after pilates exercises in the light of literature data.
A rare and late presentation of pudendal neuralgia in a patient with fibromyalgia after pilates exercises
In current opinion, the trigeminal neuralgia is caused by a proximal compression of the trigeminal nerve root by a tortuous blood vessel (an artery or vein), close to the brainstem resulting in twisted nerve fibers mechanically and lead to ultimate demyelination which is probably mediated by microvascular ischemic damages6.
IDIOPATHIC TRIGEMINAL NEURALGIA: NEUROLYSIS WITH PULSED RADIOFREQUENCY (PRF). EXPERIENCE OF 30 CASES AT ARMY PAIN CENTRE CMH RAWALPINDI
'The exact cause of trigeminal neuralgia is yet to be fully understood but severe pain or neuralgia is mostly caused by injury or damage to a nerve or compression of a blood vessel,' Prof Khalid added.
Face pain treated sans surgery
In our case, Tonsillolith has been found to be the cause of Glossopharyngeal Neuralgia which has not been documented in literature.
TONSILLOLITH AS A CAUSE OF GLOSSOPHARYNGEAL NEURALGIA--AN UNUSUAL ENTITY
The study choose two groups of trigeminal neuralgia patients, one comprised of patients [greater than or equal to] 80 years old (n = 14) and another of patients <60 years old (n = 29).
Efficacy and Safety of Botulinum Toxin Type A in Treating Patients of Advanced Age with Idiopathic Trigeminal Neuralgia
Trigeminal Neuralgia (TN) can be caused by blood vessel pressing on the trigeminal nerve or can also occur in people with multiple sclerosis.
Expertise and radio surgery helps a Trigeminal Neuralgia patient achieve a rare success in record time in India
In herpetic neuralgia, there is centripetal transaxonal spread of the virus along CN V fibers to the brainstem nuclei (16).
IMAGING EVALUATION OF TRIGEMINAL NEURALGIA/Trigeminal Nevraljide Goruntuleme
While the most common cause of cranial neuralgia is trigeminal neuralgia, limited data are available on the incidence of NIN.
A Very Rare Type of Neuralgia: Nervus Intermedius Neuralgia
Both studies are integral aspects of the firm's global clinical development program for mirogabalin, which assessing its use in pain syndromes including post-herpetic neuralgia, fibromyalgia and diabetic peripheral neuropathic pain.
Daiichi Sankyo's mirogabalin demonstrates mixed results in phase three global clinical development program