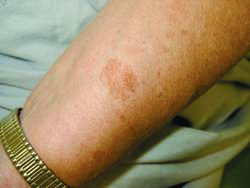 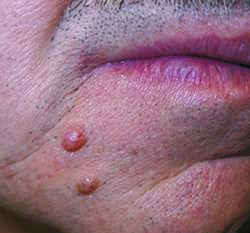 Feedback
Flashcards & Bookmarks ?
Please log in or register to use Flashcards and Bookmarks. You can also log in with
Flashcards ?
My bookmarks ?
+ Add current page to bookmarks
Mentioned in ?
References in periodicals archive ?
Molehills there have produced a piece of Roman Samian ware pottery, a jet bead and a decorative bronze dolphin.
Digging up past with a little help from a mole
(49.) In "The Flitting," he notes, "I love the muse who sits her down / Upon the molehills little lap" (MP 3: 479-89, 177-78), and in the "Yellowhammers Nest" the molehill is "like as parnass hill / On which her partner haply sits & dreams" (MP 3:515-17, 19-20).
Moles, molehills, and common right in John Clare's poetry
The 3D "Molehill" APIs that are exposed by Flash Player 11 are rather low-level, and work directly with the graphics hardware.
Adobe announces the AIR and Flash Player Incubator program
Untold mountains of money were poured into this little molehill. Granted, there was a genuine glitch in the computer programming that could have resulted in a system malfunction with any computer.
The Molehill Minefield
To be concerned in a matter of grave disrespect to Our Divine Redeemer is hardly to make a mountain out of a molehill, as some dare to suggest.
That "Canadian" lectionary again
Some investigators, however, accuse Arensburg of making a linguistic mountain out of an anatomical molehill.
Talk of ages: a tiny bone rekindles arguments over the roots of speech and language
"A mountain was made out of a molehill, however, social media cannot be controlled," he said.
Govt, army on same page: info minister
minutes to hang with the guys after the set as they say goodbye to one of their own and welcome some friends from Ohio -- Red Sun Rising -- to the Bottom Lounge stage, along with Chicago alternative rockers Molehill.
DeLong way down
Making a mountain out of molehill has become our culture,' he added.
SC rejects 3-year timeframe for Capital's schools to evacuate residential buildings
But Scottish Secretary David Mundell insisted the Scottish Government were arguing over a "molehill" and said he remained confident they would get a deal.
SHOW ME the money.. growing weDge BeTween GROWING WEDGE BETWEEN TWO SIDES IN FISCAL FRAMEWORK ROW After months of tough negotiations, SNP warn new tax and spending deal is now in danger of collapse over cash as Scottish Secretary accuses Holyrood of 'setting aside a mountain of powers because of their aversion to what is really a molehill of risks'
Propped up by a molehill for a tee, he then slots the ball between the posts - or more accurately, over a tractor.
Rugby spirit in rhyme is pitched at very young