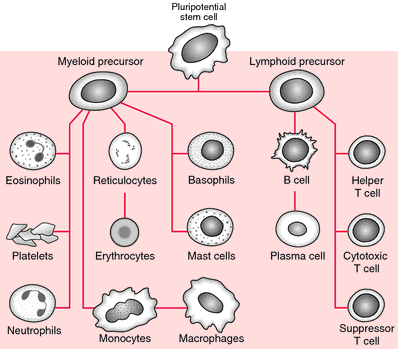 Feedback
Flashcards & Bookmarks ?
Please log in or register to use Flashcards and Bookmarks. You can also log in with
Flashcards ?
My bookmarks ?
+ Add current page to bookmarks
Mentioned in ?
References in periodicals archive ?
Bone marrow lesions were classically described as findings on MRI.
Bone marrow edema: chronic bone marrow lesions of the knee and the association with osteoarthritis
Transplants can replace diseased, nonfunctional bone marrow with healthy bone marrow.
The basics of bone marrow donation
5 Marrow contains magnesium and zinc which help in regulating the blood sugar levels in the body.
5 REASONS TO
She also assured that the Punjab government would consider Rs300 million additional grant for Bone Marrow Transplantation Unit and Cancer Research Centre at Children's Hospital.
Bone Marrow Transplantation Unit capacity to be enhanced: Dr Yasmin
Appreciating the role of Prof Masood Sadiq, she said the bone marrow unit had successfully developed 'zero bacteria' environment which was necessary for patients.
10 undergo bone marrow transplant at Children's Hospital
"Bone marrow transplant does not look like any other medical treatment, since it is based on altruism and cooperation on a worldwide level.
World Marrow Donor Day -- 15 September 2018
Nahrendorf's team found that differences in bone marrow activity during inflammation may be determined by stromal cell-derived factor-1 (SDF-1), a molecule that keeps immune cells in the bone marrow.
Secret Tunnels Between Skull and Brain
The doctor explained that the Yadhav's father, who has a partial match with the boy's bone marrow, could be the donor for a transplant procedure.
Family appeals for help as 3-year-old battles cancer
Results: Anemia was equally common in patients with or without marrow involvement while leucopenia and thrombocytopenia were significantly (p value 0.009 and 0.002) associated with marrow involvement.
BONE MARROW INFILTRATION IN NEUROBLASTOMA AND ASSOCIATED HEMATOLOGICAL FEATURES
Bone marrow aspiration along with biopsies wherever required for suspected haematological disorders were carried out on 220 cases during the study period.
BONE MARROW EXAMINATION- A TWO-YEAR STUDY AT A TERTIARY CARE CENTRE
The video begins as two officers already have Marrow in their grasps.
Former NFL Player Alleges Georgia Police Brutality