[mar″ĭ-wahn´ah]
a preparation of the leaves and flowering tops of Cannabis sativa, the hemp plant, which contains a number of pharmacologically active principles (cannabinoids). hashish, also derived from the hemp plant, is obtained from the clear resin secreted by the flowering tops of the plant and is four to eight times as potent as marijuana. Both drugs are used for their euphoric properties and are considerably more potent when smoked and inhaled than when simply eaten.

tetrahydrocannabinol (THC), the most active ingredient of marijuana, can, with heavy smoking, narrow the bronchi and bronchioles and produce inflammation of the mucous membranes. In addition, marijuana smoke contains many of the same chemicals and “tars” as tobacco smoke and, therefore, increases the risk of lung cancer. There is some evidence that marijuana increases the risk for miscarriage and birth defects. Even though these dangers have not been completely documented, it is recommended that both men and women who plan to have children should avoid marijuana as they would any other unnecessary drug.

One beneficial effect of THC is the lowering of intraocular pressure, which can be helpful in the control of glaucoma. However, because it causes tachycardia and increased work for the heart, it cannot be used in most elderly persons, the age group in which glaucoma is most prevalent. Another use of THC is for relief of extreme nausea and vomiting in patients undergoing cancer chemotherapy, although not every patient responds favorably to THC.
Miller-Keane Encyclopedia and Dictionary of Medicine, Nursing, and Allied Health, Seventh Edition. © 2003 by Saunders, an imprint of Elsevier, Inc. All rights reserved.

(mar'i-wah'nă),
Popular name for the dried flowering leaves of Cannabis sativa, which are smoked as cigarettes, "joints," or "reefers." In the U.S., marihuana includes any part of, or any extracts from, the female plant. Alternative spellings are mariguana, marijuana.
See also: cannabis.
[fr. Sp. Maria-Juana, Mary-Jane]
Farlex Partner Medical Dictionary © Farlex 2012

, marihuana (mar'i-hwahn'ă)
Popular name for the dried flowering leaves of Cannabis sativa, which are smoked as cigarettes, "joints," or "blunts." In the U.S., marijuana includes any part of, or any extracts from, the female plant. Alternative spellings are mariguana, marihuana.
See also: cannabis
[fr. Sp. Maria Juana, Mary Jane]
Medical Dictionary for the Health Professions and Nursing © Farlex 2012

Its active ingredient, delta-9-tetrahydrocannabinol (THC), may produce euphoria, alterations in mood and judgment, and changes in sensory perception, cognition, and coordination. Driving and machine-operating skills may be impaired. Users of marijuana have impaired short-term memory; memory deficits are transient, however, and return to normal within about a week of abstinence. Depending on the dose of the drug and the underlying psychological conditions of the user, marijuana may cause transient episodes of confusion, anxiety, or delirium. Its use may exacerbate mental illness, esp. schizophrenia. Long-term, relatively heavy use may be associated with behavioral disorders and a kind of ennui called the amotivational syndrome, but it is not known whether use of the drug is a cause or a result of this condition. Transient symptoms occur on withdrawal, indicating that the drug can lead to physical dependence. There has been considerable interest in the effects of marijuana on pregnancy and fetal growth, but substance abusers often abuse more than a single substance, making it difficult to evaluate the effects of individual substances on the outcome of pregnancy or fetal development.

There is no definitive evidence that prolonged heavy smoking of marijuana leads to impaired pulmonary function. The possibility that chronic marijuana use is associated with an increased risk of developing head and neck cancer exists, but it has not been proven.

Delta-9-tetrahydrocannabinol, also known as dronabinol, is approved for use in treating nausea and vomiting associated with cancer chemotherapy in patients who have failed to respond adequately to conventional antiemetic treatment, and treatment of anorexia associated with weight loss in patients with acquired immunodeficiency syndrome. Marijuana has also been approved for other medical uses in some states, although such use violates federal Drug Enforcement Administration standards.

Dronabinol is a controlled substance. Prescriptions are limited to the amount necessary for a single cycle of chemotherapy. 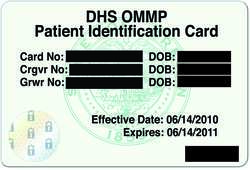 Legally sanctioned use of marijuana for people with a variety of conditions, including chronic pain, glaucoma, or nausea and vomiting caused by chemotherapy.
See: illustration
Medical Dictionary, © 2009 Farlex and Partners

A. marijuana has been proven to help in these diseases,but the problem is getting a drs order for it.IT is easyer to get it under the table than legally.

Q. My 37 year old son is depressed. He uses marijuana and alcohol daily - how can I help him? He refuses to obtain professional help (says the drugs they give you are harmful). Says his drinking is due to his genes, and there is little he can do about it. Has run up 70k in credit card debt. Does not want to quit smoking weed, and drinking booze.

A. DOUG66,my friend cbellh47 said it all-he is to sick to know what is happening around him-I know this is hard to do,but you have to let him hit rock bottom,and hope that he makes it back-giving him money or helping him with his bills is only making the disease worst.at this point he needs to go in-patiant rehab,to detox. You have your own health to worry about,this is very stressful.ALCOHOL effects everyone in the family,there is no easy way out of this,and its all up to him-mrfoot56

A. I agree with corey,alcohol is more dangerous-because people think that because it is legal,its alright,also the media makes it seem that you will have a lot of fun when you drink,which is not always the case.people die from all kinds of drugs ever the ones DRs order,because every ones system is different. ALL DRUGS ARE BAD (BUT)in the united states the government makes a lot of mmony in taxes on each bottle/or can,so we will never get alcohol on the same list as other drugs--I have said this before but people have to be more responsible with what they put in there body,how much they put in there bodys.If you are going to use a drug,I suggest marijuana/cocaine because people who use marijuana get hungry and go to sleep---people that use cocaine take it less than alcohol,meth is a killer no matter how much you take,so i say met is in the no#2 spot. but it is always smarter to not use drugs at all.mrfoot56---peace
More discussions about marihuana
This content is provided by iMedix and is subject to iMedix Terms. The Questions and Answers are not endorsed or recommended and are made available by patients, not doctors.

Feedback
Flashcards & Bookmarks ?
Please log in or register to use Flashcards and Bookmarks. You can also log in with
Flashcards ?
My bookmarks ?
+ Add current page to bookmarks
Mentioned in ?
References in periodicals archive ?
on Marihuana and Drug Abuse, whose creation was mandated by the CSA, was
(13.) Establishment of Commission on Marihuana and Drug Abuse, Pub.
Protecting medical marijuana users in the workplace
doubt that the discussion about marihuana has become much more sensible," Harvard psychiatrist Lester Grinspoon wrote in 1977.
Selling pot: the pitfalls of marijuana reform