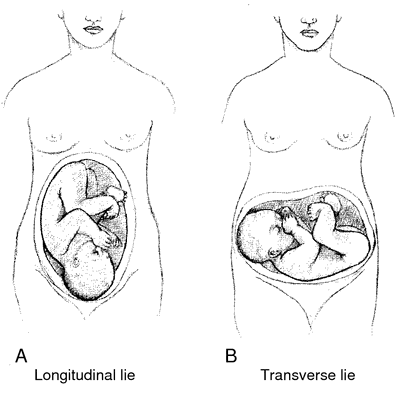 (lī),
Relationship of the long axis of the fetus to that of the mother. Compare: fetal habitus.
Synonym(s): fetal attitude
Farlex Partner Medical Dictionary © Farlex 2012

(lī)
Relationship of the long axis of the fetus to that of the mother.
Medical Dictionary for the Health Professions and Nursing © Farlex 2012

The position or attitude of the fetus in the womb in relation to the long axis of the mother's body. Lie may be longitudinal (normal) or transverse.
Collins Dictionary of Medicine © Robert M. Youngson 2004, 2005

A. Dear Saloni. I wish you had not got into this situation. Extreme desperation is filling you with a very foolish hope. If you had your head together then you'd know damn well that this guy is a scumbag unworthy of your time. This guy already has two women too many, while on the other side of town there are good men who are all alone. Get away from him now!
http://www.youtube.com/watch?v=j0ehBXzk8dk&eurl=http://www.imedix.com/health_community/vj0ehBXzk8dk_alcohol_abuse_major_social_problem_britain_press_tv?q=alcohol%20prob&feature=player_embedded

Q. If the lie is our truth & living the truth feels fake & unreal how do we persevere to the needed chang there's the real me, good & underdeveloped. there is the worldly me, challenged as all of us probably are. there is the addict me, afflicted half or more of my life, developed & strong. two out of three are tough odds to deal with...

A. the battle against your own self is harsh and there will be casualties. reality is based on your own definition of the world around you, but it also based on how the world defines you. this is your escape from the inner struggle- define yourself and your actions not by your own faulty judgment but by how the world and it's moral judge you.
good luck.

Q. Having chronic headaches, start in base of neck and progresses to migraine, worse when lying on stomach. Why? I have been having chronic headaches for the past 2 weeks. They start in the base of my neck and become migraines. They intensify when I lay on my stomach, blood rushes and they throb. Sometimes I can give myself relief by pressing firmly on my head or keeping my neck in a certain position. Just wondering if anyone knows what might be causing them.

A. Pinched nerve, bad posture is my problem anyway. I have a pinched nerve in my neck and my posture is horrible which causes me to get the worst headaches and they always start at the base of the neck and I always thought I had great posture (set up straight and all), but I was soooo wrong. Check with a Doctor and seek help from a Chiropractor if possible. They can do wonders. But for now, try lying on your back with a pillow or towel rolled up and placed under your neck only. It will support your neck and give it a nice crack too that helps a good deal too. That also helps keep the headaches away. Do you get sick to your stomach when the headaches come on?
More discussions about lie
This content is provided by iMedix and is subject to iMedix Terms. The Questions and Answers are not endorsed or recommended and are made available by patients, not doctors.

Feedback
Flashcards & Bookmarks ?
Please log in or register to use Flashcards and Bookmarks. You can also log in with
Flashcards ?
My bookmarks ?
+ Add current page to bookmarks
Mentioned in ?
References in classic literature ?
I mean that no one is willingly deceived in that which is the truest and highest part of himself, or about the truest and highest matters; there, above all, he is most afraid of a lie having possession of him.
The reason is, I replied, that you attribute some profound meaning to my words; but I am only saying that deception, or being deceived or uninformed about the highest realities in the highest part of themselves, which is the soul, and in that part of them to have and to hold the lie, is what mankind least like;--that, I say, is what they utterly detest.
And, as I was just now remarking, this ignorance in the soul of him who is deceived may be called the true lie; for the lie in words is only a kind of imitation and shadowy image of a previous affection of the soul, not pure unadulterated falsehood.
View in context
Now isn't that stean at any rate," he hammered it with his stick as he spoke, "a pack of lies? And won't it make Gabriel keckle when Geordie comes pantin' ut the grees with the tompstean balanced on his hump, and asks to be took as evidence!"
Don't ye fash about them as lies under ye, or that doesn' lie there either!
View in context
At this second lie, his nose grew a few more inches.
At this third lie, his nose became longer than ever, so long that he could not even turn around.
View in context
At last, repeating his usual saying, that he could lie naked in the bed with me and not offer me the least injury, he starts out of his bed.
When he was gone, she acquainted the parish officers that there was a lady ready to lie in at her house, but that she knew her husband very well, and gave them, as she pretended, an account of his name, which she called Sir Walter Cleve; telling them he was a very worthy gentleman, and that she would answer for all inquiries, and the like.
View in context
After he had eaten he would lie down on his bed of straw, and Dorothy would lie beside him and put her head on his soft, shaggy mane, while they talked of their troubles and tried to plan some way to escape.
View in context
Again I was speaking the literal truth, and again congratulating myself as though it were a lie: the fellow looked so distressed at my state; indeed I believe that his distress was as genuine as mine, and his sentiments as involved.
But no; my troubles never left me for an instant; and there I must lie, pretending that they had!
View in context