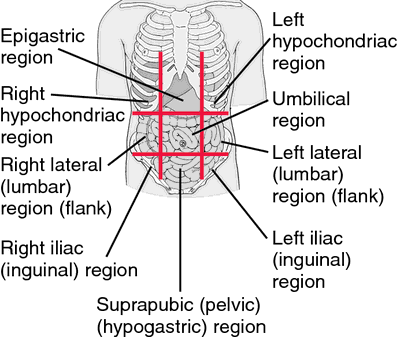 Feedback
Flashcards & Bookmarks ?
Please log in or register to use Flashcards and Bookmarks. You can also log in with
Flashcards ?
My bookmarks ?
+ Add current page to bookmarks
Mentioned in ?
References in periodicals archive ?
Caption: Figure 8: Photomicrographs from abdomen lateral region of skin showing epidermis (E), hair follicle (HF), sweat gland (Swg), and sebaceous gland (Sg).
Histomorphometrical Study on Regional Variation in Distribution of Sweat Glands in Buffalo Skin
The intermediate lateral region of the cell did not protrude (Figure 7(c)).
Dynamics of Actin Stress Fibers and Focal Adhesions during Slow Migration in Swiss 3T3 Fibroblasts: Intracellular Mechanism of Cell Turning
Occiput with dark dots concentrated in lateral region. Gena with conspicuous concolorous tubercles (Fig.
A taxonomic revision of the Neotropical genus Aegimia Stal, 1874 (Orthoptera, Tettigoniidae, Phaneropterinae)
The difference lies in the lateral walls: whereas [TE.sup.z.sub.10] mode is limited on laterals by a metallic surface, which makes [E.sub.y] vanish on these surfaces; [TE.sup.xe.sub.30] mode in the E-plane loaded rectangular waveguide is just confined by dielectric slabs, what causes the field to partially flow to the lateral regions.
Optimization of the E-plane loaded rectangular waveguide for low-loss propagation
Mesonotum rectangular with slightly protruding borders (in dorsal view); long golden-brown decumbent hairs scattered on dorsum; hairs absent on lateral regions. Tegulae well developed.
Description of the gyne of the ant thaumatomyrmex feroxmann, 1922 (hymenoptera: formicidae)
Conversely, old running shoes belonging to pronators tend to display overcompression of the medial arch (as opposed to the lateral edge) of the midsole, and extensive depreciation of the lateral regions of the heel counter and medial forefoot.
Running shoes wear out before they stop working.
It consists of the lamellate endocuticle and epicuticle layers, which become more discernible in the lateral regions (Fig.
A transmission electron microscopic study of the pharyngeal armature in the larval Drosophila Melanogaster
Pygidium of female, except on speculum, with sparse, white pubescence at lateral regions and denser, light brown setae at medianbasal region with short, white median strip (fig.
A new species of Gibbobruchus from Brazil, with new host plant and distribution records for the genus (Coleoptera: Chrysomelidae: Bruchinae)
When in the transverse direction, the middle region of the core has a rigidity lower than both lateral regions lying adjacent to the opposite side of the middle region.
Sanitary Napkin. (Patent Review)
Pronotal setae gold, with white setae at base and lateral regions (Fig.
Two new Brazilian Sennius (Coleoptera: Chrysomelidae: Bruchinae) species near the Guttifer group
The middle region of the core in the transverse direction has a rigidity lower than both lateral regions lying adjacent to the opposite side of the middle region.
Sanitary Napkin. (Patent Review)