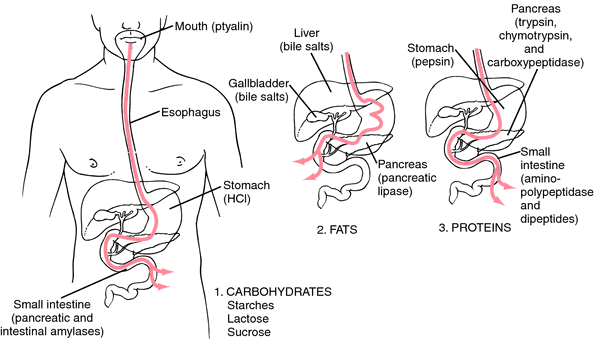 Feedback
Flashcards & Bookmarks ?
Please log in or register to use Flashcards and Bookmarks. You can also log in with
Flashcards ?
My bookmarks ?
+ Add current page to bookmarks
Mentioned in ?
References in periodicals archive ?
Too much coffee and eating large meals can encourage food to pass too rapidly through the gut, leading to impaired digestion and a build-up of gas, while too much fibre can cause food to ferment in the stomach, resulting in gas caused by the bacteria.
A LITTLE CARE LETS YOU PUSH OUT THE BLOAT
Impaired digestion can point to gallbladder disease, use of artificial sweeteners; food allergies or intolerances; and an opportunity to increase fiber, magnesium, vitamin C, and hydration.
Optimizing metabolism: cancer and insulin resistance: evidence demanding action
People with impaired digestion or who eat mostly processed foods are often magnesium deficient.
Another way to take magnesium