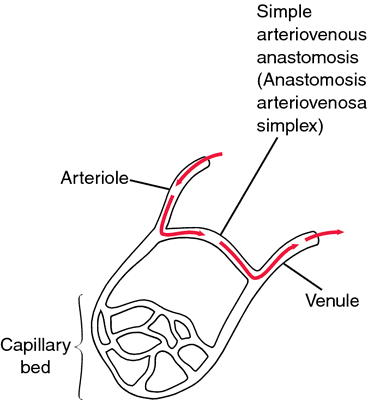 Feedback
Flashcards & Bookmarks ?
Please log in or register to use Flashcards and Bookmarks. You can also log in with
Flashcards ?
My bookmarks ?
+ Add current page to bookmarks
Mentioned in ?
References in periodicals archive ?
The side-to-side anastomosis reveals better patency than the end-to-side anastomosis. Factors affecting the failure of AVF include anemia, atherosclerosis, thrombus formation, and smoking.
A prospective study of arteriovenous fistula creation in chronic renal failure patients in Bhavnagar, Gujarat, western India
Donor flaps were dissected out in standard fashion and the local vessels prepared for an end-to-side anastomosis. These patients too, had a Doppler implanted on the venous limb of the vascular pedicle.
Free muscle flap reconstructions using interpositional vein grafts vs. local anastomosis: a 5-year experience at a rural tertiary care center
The microvascular anastomosis between the radial and facial arteries was performed using 9-0 nylon sutures, while the cephalic and internal jugular veins were connected via an end-to-side anastomosis. Neurorrhaphy between the lateral antebrachial cutaneous nerve and the lingual stump was completed under a microscope using 10-0 nylon sutures.
Double bilobed radial forearm free flap for anterior tongue and floor-of-mouth reconstruction
Arterial inflow is reliable, and a side-to-side anastomosis to the median antebrachial vein or an end-to-side anastomosis to the communicating vein allows dialysis access both in the upper arm and, in a retrograde fashion, in the forearm.
Proximal radial artery arteriovenous fistulae (PRA-AVF)
A slit is cut into this branch, and the previously dissected and prepared superficial temporal artery is sewn directly onto this middle cerebral artery branch for an end-to-side anastomosis.
Carotid artery bypass surgery gets another look: technologic advances have made it possible to identify which patients are the best candidates
reported that 9 children (47.4%, n = 19) who underwent EEEA or end-to-side anastomosis with larger AA aspect ratios experienced reduced AA curvature, which made the AA look like a Gothic arch.
Coarctation of the Aorta with Aortic Arch Hypoplasia: Midterm Outcomes of Aortic Arch Reconstruction with Autologous Pulmonary Artery Patch
End-to-side anastomosis with esophagus and terminal ileum was performed by hand sewing.
Resection of the Gastric Tube Reconstructed through the Retrosternal Route without Sternotomy