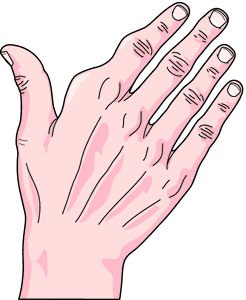 (dē'vē-ā'shŭn),
1. A turning away or aside from the normal point or course.
2. An abnormality.
3. In psychiatry and the behavioral sciences, a departure from an accepted norm, role, or rule. Synonym(s): deviance
4. A statistical measure representing the difference between an individual value in a set of values and the mean value in that set.
[L. devio, to turn from the straight path, fr. de, from, + via, way]
Farlex Partner Medical Dictionary © Farlex 2012

(dē'vē-ā'shŭn)
1. A turning away or aside from the normal point or course.
2. An abnormality.
3. psychiatry, behavioral sciences A departure from an accepted norm, role, or rule.
Synonym(s): deviance.
4. statistics A measurement representing the difference between an individual value in a set of values and the mean value in that set.
[L. devio, to turn from the straight path, fr. de, from, + via, way]
Medical Dictionary for the Health Professions and Nursing © Farlex 2012 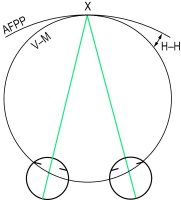 (dē'vē-ā'shŭn)
1. A turning away or aside from the normal point or course.
2. An abnormality.
[L. devio, to turn from the straight path, fr. de, from, + via, way]
Medical Dictionary for the Dental Professions © Farlex 2012

Feedback
Flashcards & Bookmarks ?
Please log in or register to use Flashcards and Bookmarks. You can also log in with
Flashcards ?
My bookmarks ?
+ Add current page to bookmarks
Mentioned in ?
References in periodicals archive ?
The standard deviational ellipse for the centered average value for 2001 (the most current data year in the study) shows a wider dispersion for the unknowns on the east-to-west axis.
Homicide as a community problem in the United States
The software that is used to define these hotspots is known as STAC (the `Spatial and Temporal Analysis of Crime, software) and uses a procedure which identifies standard deviational ellipses from a series of geographically referenced offence locations.
The development of a social, demographic and land use profiler for areas of high crime
If both of the deviational variables is equal to zero, then this occurs.
Least squares versus least absolute value in real estate appraisals
In general, the data reported in Saville & Willson from empirical studies and other computer-simulated data sets tended to show effects of greater range restriction than that resulting from deviational ipsatization.
The relationship between ipsatized and normative measures of personality
From the above discussion, it can be deduced that deviational variables are mutually exclusive.
A note on the structure of the goal-programming model: assessment and evaluation
The deviational variable for spending less than the available funds in constraint (4), i.e., [d.sup.-.sub.3], was included to keep the model as generic as possible.
A goal programming approach to the cell formation problem
Also at optimality, [beta] will be a basic variable and therefore both deviational parameters associated with one observation must be non-basic, and that observation is perfectly predicted at the given quantile level.
Visualizing robust geographically weighted parameter estimates
What is now proposed as new-emerging, deviational mystics and other interpretations which is as whole held on mysticism and idealism is beyond social phenomena.
Deliberating on Osho new-emerging mysticism (quasi-school)
Each standard deviational distance around a centroid measures a straight-line distance, computed from either the latitudes or the longitudes of the offences during a week.
Crime and disorder, and house sales and prices around the casino sites in Windsor, Ontario, Canada
The standard deviational ellipse was also calculated, showing the dispersion in two dimensions (Crimestat) of the mean centers.
Skunk and raccoon rabies in the eastern United States: temporal and spatial analysis
Natural language processing (NLP), place name recognition, and centrographic measurement methods (mean center, median center, and standard deviational ellipse), were adopted in their research to analyze Twitter users' geographical awareness at different scales.
Visualization of social media: seeing a mirage or a message?