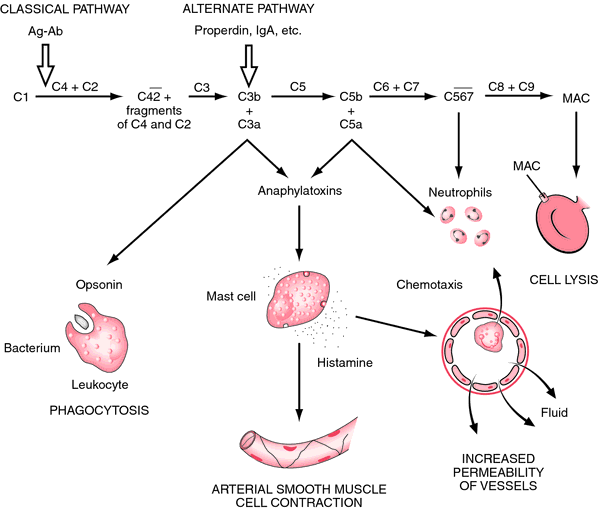 1. antigen-antibody interactions cause a conformational shift in immunoglobulin structure promoting binding of C1 and subsequent activation of the complement cascade, that is, complement fixation.
See also: Bordet-Gengou phenomenon, Wassermann test.
2. an immunoassay using reference antibodies with complement fixation and lysis of red blood cells as an indicator of detectable antigen. The degree of hemolysis affects the optic density of the sample, which can be measured and compared with a standard reference concentration curve.
See also: Bordet-Gengou phenomenon, Wassermann test.
Synonym(s): CF test, complement binding assay
Farlex Partner Medical Dictionary © Farlex 2012

The taking up of COMPLEMENT by antigen-antibody complexes. This process forms the basis of a number of tests to confirm infection with particular organisms.
Collins Dictionary of Medicine © Robert M. Youngson 2004, 2005