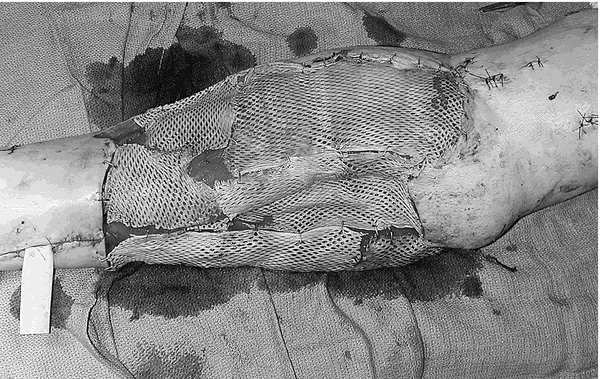 bone transplanted from a donor site to a recipient site, without anastomosis of nutrient vessels; bone can be transplanted within the same person (that is, autograft) or between different people (that is, allograft).
See also: osteoplasty.
Farlex Partner Medical Dictionary © Farlex 2012

(bōn graft)
Osseous matter transplanted from a donor site to a recipient site, without anastomosis of nutrient vessels; bone can be transplanted within the same person (i.e., autograft) or between different people (i.e., allograft).
Medical Dictionary for the Health Professions and Nursing © Farlex 2012

(bōn graft)
Bone transplanted from a donor site to a recipient site, without anastomosis of nutrient vessels; bone can be transplanted within the same person (i.e., autograft) or between different people (i.e., allograft).
Medical Dictionary for the Dental Professions © Farlex 2012

A. Bone marrow is a soft, fatty tissue inside the bones. This is where blood cells are produced, and where they develop. Transplanted bone marrow will restore production of white blood cells, red blood cells, and platelets. Donated bone marrow must match the patient's tissue type. It can be taken from the patient, a living relative (usually a brother or a sister), or from an unrelated donor. Donors are matched through special blood tests called HLA tissue typing. Bone marrow is taken from the donor in the operating room while the donor is unconscious and pain-free (under general anesthesia). Some of the donor's bone marrow is removed from the top of the hip bone. The bone marrow is filtered, treated, and transplanted immediately or frozen and stored for later use. Transplant marrow is transfused into the patient through a vein (IV) and is naturally carried into the bone cavities where it grows to replace the old bone marrow.
More discussions about bone graft
This content is provided by iMedix and is subject to iMedix Terms. The Questions and Answers are not endorsed or recommended and are made available by patients, not doctors.