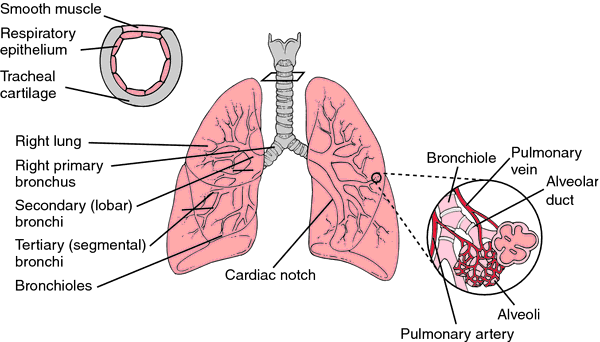 (blak lŭng)
A form of pneumoconiosis, common in coal miners, characterized by deposit of carbon particles in the lung.
Synonym(s): miner's lung (2) .
Medical Dictionary for the Health Professions and Nursing © Farlex 2012

Feedback
Flashcards & Bookmarks ?
Please log in or register to use Flashcards and Bookmarks. You can also log in with
Flashcards ?
My bookmarks ?
+ Add current page to bookmarks
Mentioned in ?
References in periodicals archive ?
That's relatively young for someone with advanced black lung, and other workers are getting sick even earlier.
A scourge returns: black lung in Appalachia
Records of the disease were not collected until the federal government, in the late 1960s, passed a special workers' comp program for black lung victims and mandated safety improvements.
The triumph and failure of worker safety: one of the most dangerous jobs in America, underground coal mining, has become much safer. But workers exposed to asbestos decades ago are still dying from cancer
"There has been a myth out there that black lung doesn't occur anymore, because the mines are more automated and less dusty.
16 tons and what do they get? Miners getting black lung at a younger age as cases double
GAO found that coal miners face a number of challenges pursuing federal black lung claims, including finding legal representation and developing sound medical evidence to support their claims.
Black Lung Benefits Program: Administrative and Structural Changes Could Improve Miners' Ability to Pursue Claims
There is also a photo of Dickens' first public performance of "Black Lung" (a rare find) as well as numerous candid shots of her life in folk festivals.
Hazel Dickens and Bill C. Malone, Working Girl Blues: The Life and Music of Hazel Dickens
A smoker's tar-coated black lung juxtaposed with the healthy lung of a nonsmoker.
Body language
Rules like strict limits on coal dust, a highly combustible material that has caused numerous deadly accidents and given miners black lung; or a ban on putting flammable conveyor belts in tunnels used to supply fresh air underground, because the belts can easily catch fire and spread flames and toxic gases toward miners, as occurred at the Aracoma mine earlier this year; or minimum penalties of $10,000 for each safety violation, an amount that would make mining companies pay attention.
Shafted: how the Bush administration reversed decades of progress on mine safety
* The Black Lung Benefits Act provides for workers' compensation for miners suffering from black lung.
Worker's compensation 101: a primer for the physician executive
Court orders state to compensate workers for black lung disease
Kyodo news summary -3-
Much of his state's coal-rich east has been mined with this method, "blasted away with the same mixture of ammonium nitrate and diesel fuel that Timothy McVeigh used to level the Murrah Building." A "topped" mountain does not cause the black lung pandemics and mine shaft collapses that killed thousands in the 20th century, but the new technology has brought a slew of new environmental problems.
Lost Mountain: A Year in the Vanishing Wilderness
USAction examined three programs, the Black Lung program, RECA, and EEOICPA.
Democrats request asbestos fund study
The battle over black lung disease is an example of this sequence.
Scientific and technical controversy: three frameworks for analysis