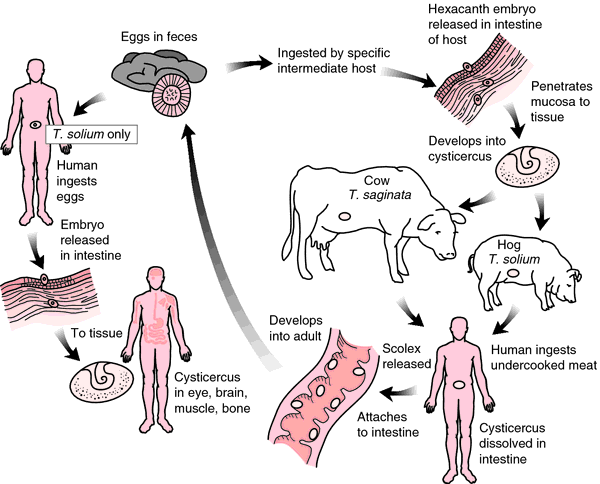 The most common intestinal tapeworm to affect humans, which is acquired from infected, poorly cooked beef, which measures up to 3.6–7.5 m in length.

Epidemiology
Infestation rarely occurs where public health officials conduct regular and rigourous inspection of meat, but is relatively common outside of North America and Western Europe.