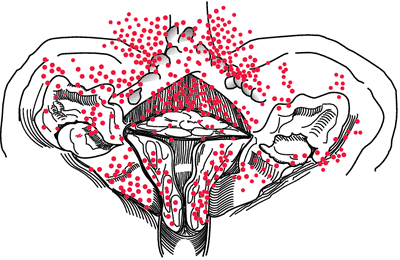 a form of peritonitis in which a fibrinous exudate occurs, matting together the intestines and various other organs.
Farlex Partner Medical Dictionary © Farlex 2012

(ad-hē'siv per'i-tŏ-nī'tis)
A form of peritonitis in which a fibrinous exudate occurs, matting together the intestines and various other organs.
Medical Dictionary for the Health Professions and Nursing © Farlex 2012