[fungk´shun]
the special, normal, or proper action of any part or organ.
bowel function in the omaha system, the ability of the intestine to digest food and evacuate waste.
genitourinary function in the omaha system, the ability of the sexual organs to reproduce and of the kidneys, ureters, bladder, and urethra to produce and excrete urine.
neuro-musculo-skeletal function in the omaha system, a client problem in the physiologic domain, defined as the ability of nerves, muscles, and bones to perform or coordinate specific activities.
probability density function in statistics, a mathematical function that describes the distribution of measurements for a population. It is a curve that describes the population.
Miller-Keane Encyclopedia and Dictionary of Medicine, Nursing, and Allied Health, Seventh Edition. © 2003 by Saunders, an imprint of Elsevier, Inc. All rights reserved.

(fŭnk'shŭn),
1. The special action or physiologic property of an organ or other part of the body.
2. To perform its special work or office, said of an organ or other part of the body.
3. The general properties of any substance, depending on its chemical character and relation to other substances, according to which it may be grouped (for example, acids, bases, alcohols, esters).
4. A particular reactive grouping in a molecule, for example, a functional group, such as the -OH group of an alcohol.
5. A quality, trait, or fact that is so related to another as to be dependent on and to vary with this other.
6. A mathematic variable or expression.
[L. functio, fr. fungor, pp. functus, to perform]
Farlex Partner Medical Dictionary © Farlex 2012

(fŭngk′shən)
n.
1. The special action or physiological property of an organ or a body part.
2. Something closely related to another thing and dependent on it for its existence, value, or significance, such as growth resulting from nutrition.
The American Heritage® Medical Dictionary Copyright © 2007, 2004 by Houghton Mifflin Company. Published by Houghton Mifflin Company. All rights reserved.

(fŭngk'shŭn)
1. The special action or physiologic property of an organ or other part of the body.
2. To perform its special work or office, said of an organ or other part of the body.
3. The general properties of any substance, depending on its chemical character and relation to other substances, according to which it may be grouped among acids, bases, alcohols, esters, or other groups.
4. A particular reactive grouping in a molecule; e.g., a functional group, such as the -OH group of an alcohol.
5. A quality, trait, or fact that is so related to another as to be dependent on and to vary with this other.
Medical Dictionary for the Health Professions and Nursing © Farlex 2012 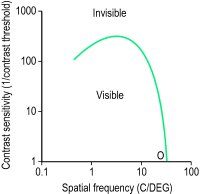 (fŭngk'shŭn)
1. Special action or physiologic property of an organ or other body part.
2. General properties of any substance, depending on its chemical character and relation to other substances.
Medical Dictionary for the Dental Professions © Farlex 2012

A. Hello Jude, I understand your problem and I do have a similar issue. Initially I was trying with the western meds and it did not give me the desired results. I have skipped them now and have been taking Chinese herbal medicine and trust me I feel much better. Consult a TCM doctor before taking any supplements to improve your kidneys. I wish you to get well soon!!!
More discussions about function
This content is provided by iMedix and is subject to iMedix Terms. The Questions and Answers are not endorsed or recommended and are made available by patients, not doctors.