[pros-the´sis] (pl. prosthe´ses) (Gr.)
an artificial substitute for a missing part, such as an eye, limb, or tooth, used for functional or cosmetic reasons, or both.
Artificial Limb. Advances in the field of surgical amputation and the art of designing artificial limbs have made it possible for persons who have lost a limb to be equipped with a prosthesis that functions so efficiently, and so closely resembles the original in appearance, that they can resume normal activities with the disability passing almost unnoticed.
Materials Used in the Prosthesis. A variety of materials can be used for the manufacture of artificial limbs. Wood, especially willow, is the most popular because it is comparatively light and resilient, and is easily shaped. Aluminum or an aluminum alloy is used when lightness is particularly desirable, such as in a limb for an aged person. Plastic limbs are also available. Leather and various metals are used for reinforcement and control.
Powering the Limb. Most artificial limbs are powered by the muscles, either those remaining in the residual limb or other available muscles. The muscles of the residual limb often can be considerably strengthened by physical therapy. Muscle power can be reinforced by means of springs, straps, gears, locks, levers, or, in some cases, hydraulic mechanisms.
The Artificial Lower Limb. The most commonly fitted artificial limb is the knee-jointed leg, used by persons whose lower limbs have been amputated above the knee. This prosthesis is powered by the hip and remaining thigh muscles, which kick the leg forward. The key points in such a limb are the socket, where it fits onto the residual limb, the knee, and the ankle. The possibility of walking with a normal gait depends primarily on the successful alignment of the socket joint; the knee usually consists of a joint centered slightly behind that of the natural leg, as this has been found to afford greater stability; sometimes the ankle joint is omitted and flexibility of the ankle achieved by the use of a rubber foot.
The Artificial Upper Limb. The choice of a particular artificial upper limb depends largely on the person's occupation. There are many different types, ranging from the purely functional, which will enable a person to perform heavy work, to the purely cosmetic, which aims only at looking as natural as possible. Those persons whose work requires them to do heavy lifting are often fitted with a “pegarm,” a short limb without an elbow joint, which is easily controlled and has great leverage.
The Artificial Hand. There are many different types of artificial hands. Many artificial upper limbs are so constructed that they can be fitted with a selection of different hands, depending on the type of work to be done. Researchers generally agree that the various types of hooks offer the greatest functional efficiency. These reproduce the most powerful function of natural hands—the pressure between thumb and forefinger. There are also artificial hands that combine a certain amount of utility with cosmetic value, often by means of a cosmetic glove covering a mechanical hand; others are designed simply for appearance, though they may offer some support as well.

Most hooks and hands are mechanically connected to the opposite shoulder and operated by a shrugging motion. However, a procedure known as kineplasty uses the person's own arm and chest muscles to work the device. In this method, selected muscles are tunneled under by surgery and lined by skin. Pegs adapted to the tunnels can then be made to move an artificial hand mechanism. Kineplasty is used when skill rather than strength is desired.
Protecting the Residual Limb (Stump). In a person with an artificial limb, there is always a danger of irritation or infection. A sock is worn to cover the residual limb, and this should be washed daily; the residual limb itself should also be washed regularly and carefully, particularly between skin folds. When the artificial limb is not being used, the residual limb should be exposed to the air if possible. 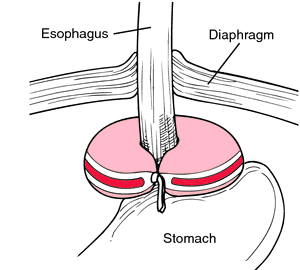 (pros'the-sis, pros'the- ) plural.prostheses [Gr. prosthesis, an addition]
1. Replacement of a missing part by an artificial substitute, such as an artificial extremity.
2. An artificial organ or part, including arms, hands, joints, heart valves, teeth, and others.
3. A device to augment performance of a natural function, such as a hearing aid.

A dental appliance used to restore soft and hard oral tissue. The prosthesis may be internal or external to the oral cavity. Examples include dentures, partial dentures, orthodontic retainers, obturators, fixed bridges, and removable bridges.

Care should be taken to remove, maintain, and clean dental prostheses at least on a daily basis, with dental prophylaxis and examinations scheduled regularly, usually semiannually.

A prosthesis that expands the lateral segment of the maxilla; used in clefts of the soft and hard palates and alveolar processes.

Any prosthesis in which a small electric motor has been incorporated for the purpose of providing force to control various functions.

The repair and artificial replacement of the face and jaw missing because of disease or injury.

An prosthetic device operated by battery-powered electric motors that are activated through electrodes by the myoelectric potentials provided by muscles.

Any device or electrode that improves function by substituting for an injured or diseased part of the nervous system.

A device implanted in the penis that assists it to become erect. The device is used in patients with erectile dysfunction due to such organic causes as trauma, prostatectomy, or diabetes. It is usually in the form of inflatable plastic cylinders implanted in each corpus cavernosum of the penis. These cylinders are attached to a pump embedded in the scrotal pouch. A reservoir for the fluid used to fill the cylinders is implanted behind the rectus muscle. This system allows the cylinders to be filled when an erection is desired and the fluid to be drained back into the reservoir when the need for the erection has passed. In most patients, this device permits the attaining of a nearly physiological erection.
See: Peyronie's disease

A biological prosthesis made from the heart valve of a pig, used to replace a diseased cardiac valve.

An airway stent used to open part of the trachea or a bronchus that has become obstructed (e.g., because of airway collapse, stenosis, or compression by a tumor).

A device that synthesizes the human voice. It is used in patients who have undergone laryngeal surgery.
Medical Dictionary, © 2009 Farlex and Partners

A synthetic object that resembles a missing anatomical part.
Mentioned in: Microphthalmia and Anophthalmia
Gale Encyclopedia of Medicine. Copyright 2008 The Gale Group, Inc. All rights reserved.

Feedback
Flashcards & Bookmarks ?
Please log in or register to use Flashcards and Bookmarks. You can also log in with
Flashcards ?
My bookmarks ?
+ Add current page to bookmarks
Mentioned in ?
References in periodicals archive ?
On the other hand, some studies in which the prostheses with diameters other than 0.4 and 0.6 mm, such as 0.3 and 0.8 mm, were evaluated suggest that the diameter of the prosthesis has a role on the outcome of stapedotomy (6, 16-18).
Does the Diameter of the Prosthesis Affect the Outcome of Stapedotomy?
This part of the brain also responded to images of prostheses that are functional but do not look like a hand, such as a hook prosthesis.
Prosthetic limbs represented like real hands in brain
Based on the preliminary results authors have suggested that biarticular functionality may provide benefits beyond even those of the most advanced monoarticular prostheses.
Robotic Prosthetic Limbs
The first three survey questions asked about participants' personal experience with expandable prostheses, including years in practice, previous experience in orthopaedic oncology, and experience with the implantation of growing prostheses over the last three years.
When Do Orthopaedic Oncologists Consider the Implantation of Expandable Prostheses in Bone Sarcoma Patients?
Knee prostheses can also be classified based on the energy usage as passive, dynamically damped, and active prostheses.
Design and Control of a New Biomimetic Transfemoral Knee Prosthesis Using an Echo-Control Scheme
Fe-Pt dental magnetic attachments are clinically useful for retention of maxillofacial prostheses due to their excellent attractive force.
THE CHANGING CONCEPTS IN THE RETENTION OF MAXILLOFACIAL PROSTHESIS FROM PAST TO PRESENT--A REVIEW
But the limited service of maxillofacial prostheses is usually a consequence of deterioration of the elastomer and color change under environmental exposure to sunlight and change in temperature, humidity and hand contact during cleaning, and adhesive use on a daily basis (Chen et al.
Rehabilitation of Nose following Chemical Burn Using CAD/CAM Made Substructure for Implant Retained Nasal Prosthesis: A Clinical Report
So far, two generations of CCK prostheses are designed.
Results of a Second-generation Constrained Condylar Prosthesis in Complex Primary and Revision Total Knee Arthroplasty: A Mean 5.5-Year Follow-up
They are referred to the PCSO for help in paying for prostheses. If the financial assistance is not enough to meet the full cost, Santos decides to help the patient himself.
Polio victim makes limbs for fellow PWDs
Participants were also able to detect the touch of a Semmes-Weinstein 5.07 monofilament (10 g force; CHS Services Inc; East Setauket, New York), used to make skin contact, bend, and depart the skin at each temperature sensor site and the proximal edge of the moisture-wicking sock with airflow seal that encircled the limb while wearing one of the study prostheses.
Prosthesis management of residual-limb perspiration with subatmospheric vacuum pressure
Since the 1990s and the well-documented complications with silicone gel-filled breast implants and their theoretical health risks, such as connective tissue and autoimmune disorders or the possibility of tumor development [7], silicone elastomer or saline-filled prostheses have been now used [8, 9].
Management of Testicular Silicone Gel-Filled Prosthesis Rupture: Case Report of a Rare Event and a Review of the Literature
One problem that prostheses present is that by lacking sensitivity, they can become damaged when exposed to objects emitting high temperatures and consequently burn the user.
Prostheses are light and heat sensitive