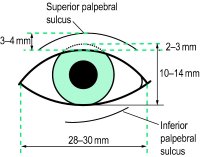 Feedback
Flashcards & Bookmarks ?
Please log in or register to use Flashcards and Bookmarks. You can also log in with
Flashcards ?
My bookmarks ?
+ Add current page to bookmarks
Mentioned in ?
References in periodicals archive ?
To record as much comet in as short a time as possible requires the largest lens aperture (smallest f/number) available.
Comet photography for everyone
The lens aperture ranges from f/2.9 to f/16, and is compatible with Canon's EF mount and Nikon's F mount cameras, and a lot of other digital cameras with the use of mount adapters.
The Daguerreotype Achromat 64mm f/2.9 lens is a beauty from 1839