Cryotherapy is a technique that uses an extremely cold liquid or instrument to freeze and destroy abnormal skin cells that require removal. The technique has been in use since the turn of the century, but modern techniques have made it widely available to dermatologists and primary care doctors. The technique is also called cryosurgery.

Cryotherapy can be employed to destroy a variety of benign skin growths, such as warts, pre-cancerous lesions (such as actinic keratoses), and malignant lesions (such as basal cell and squamous cell cancers). The goal of cryotherapy is to freeze and destroy targeted skin growths while preserving the surrounding skin from injury.

Cryotherapy is not recommended for certain areas of the body because of the danger of destruction of tissue or unacceptable scarring. These areas include: skin that overlies nerves, the corners of the eyes, the fold of skin between the nose and lip, the skin surrounding the nostrils, and the border between the lips and the rest of the face. Lesions that are suspected or known to be malignant melanoma should not be treated with cryotherapy, but should instead be removed surgically. Similarly, basal cell or squamous cell carcinomas that have reappeared at the site of a previously treated tumor should also be removed surgically. If it remains unclear whether a growth is benign or malignant, a sample of tissue should be removed for analysis (biopsy) by a pathologist before any attempts to destroy the lesion with cryotherapy. Care should be taken in people with diabetes or certain circulation problems when cryotherapy is considered for growths located on their lower legs, ankles, and feet. In these patients, healing can be poor and the risk of infection can be higher than for other patients.

There are three main techniques to performing cryotherapy. In the simplest technique, usually reserved for warts and other benign skin growths, the physician will dip a cotton swab or other applicator into a cup containing a "cryogen," such as liquid nitrogen, and apply it directly to the skin growth to freeze it. At a temperature of −320°F (−196°C), liquid nitrogen is the coldest cryogen available. The goal is to freeze the skin growth as quickly as possible, and then let it thaw slowly to cause maximum destruction of the skin cells. A second application may be necessary depending on the size of the growth. In another cryotherapy technique, a device is used to direct a small spray of liquid nitrogen or other cryogen directly onto the skin growth. Freezing may last from five to 20 seconds, depending on the size of the lesion. A second freeze-thaw cycle may be required. Sometimes, the physician will insert a small needle connected to a thermometer into the lesion to make certain the lesion is cooled to a low enough temperature to guarantee maximum destruction. In a third option, liquid nitrogen or another cryogen is circulated through a probe to cool it to low temperatures. The probe is then brought into direct contact with the skin lesion to freeze it. The freeze time can take two to three times longer than with the spray technique.

Extensive preparation prior to cryotherapy is not required. The area to be treated should be clean and dry, but sterile preparation is not necessary. Patients should know that they will experience some pain at the time of the freezing, but local anesthesia is usually not required. The physician may want to reduce the size of certain growths, such as warts, prior to the cryotherapy procedure, and may have patients apply salicylic acid preparations to the growth over several weeks. Sometimes, the physician will pare away some of the tissue using a device called a curette or a scalpel.

Redness, swelling, and the formation of a blister at the site of cryotherapy are all expected results of the treatment. A gauze dressing is applied and patients should wash the site three or four times daily while fluid continues to ooze from the wound, usually for five to 14 days. A dry crust then forms that falls off by itself. Wounds on the head and neck may take four to six weeks to heal, but those on the body, arms, and legs can take longer. Some patients experience pain at the site following the treatment. This can usually be eased with acetaminophen (Tylenol), though in some cases a stronger pain reliever may be required.

Actinic keratosis — A crusty, scaly pre-cancerous skin lesion caused by damage from the sun. Frequently treated with cryotherapy.
Basal cell cancer — The most common form of skin cancer; it usually appears as one or several nodules having a central depression. It rarely spreads (metastisizes), but is locally invasive.
Cryogen — A substance with a very low boiling point, such as liquid nitrogen, used in cryotherapy treatment.
Melanoma — The most dangerous form of skin cancer. It should not be treated with cryotherapy, but should be removed surgically instead.
Squamous cell cancer — A form of skin cancer that usually originates in sun-damaged areas or pre-existing lesions; at first local and superficial, it may later spread to other areas of the body.

Some redness, swelling, blistering and oozing of fluid are all common results of cryotherapy. Healing time can vary by the site treated and the cryotherapy technique used. When cryogen is applied directly to the growth, healing may occur in three weeks. Growths treated on the head and neck with the spray technique may take four to six weeks to heal; growths treated on other areas of the body may take considerably longer. Cryotherapy boasts high success rates in permanently removing skin growths; even for malignant lesions such as squamous cell and basal cell cancers, studies have shown a cure rate of up to 98%. For certain types of growths, such as some forms of warts, repeat treatments over several weeks are necessary to prevent the growth's return.

Although cryotherapy is a relatively low risk procedure, some side effects may occur as a result of the treatment. They include:

[kri″o-ther´ah-pe]
the therapeutic use of cold; see also hypothermia.
Miller-Keane Encyclopedia and Dictionary of Medicine, Nursing, and Allied Health, Seventh Edition. © 2003 by Saunders, an imprint of Elsevier, Inc. All rights reserved.

(krī'ō-thār'ă-pē),
The use of cold in the treatment of disease.
Farlex Partner Medical Dictionary © Farlex 2012

A general term for the use of ice or cold compresses for therapeutic purposes; locally applied ice increases the circulation and relieves pain, and is of use in acute trauma. Practitioners of alternative therapies may advocate alternating ice and heat, as it is believed to “flush” a region with fresh blood.
Segen's Medical Dictionary. © 2012 Farlex, Inc. All rights reserved.

Mainstream medicine The use of cold to ↓ discomfort, limit progression of edema or interrupt muscle spasms, which acts as a counterirritant Ophthalmology A safe, effective therapy for retinopathy of prematurity Cons ↓ visual acuity and smaller visual field
McGraw-Hill Concise Dictionary of Modern Medicine. © 2002 by The McGraw-Hill Companies, Inc.

(kōld thār'ă-pē)
A type of care in which ice or cold water is applied to a body part.
Synonym(s): cryotherapy.
Medical Dictionary for the Health Professions and Nursing © Farlex 2012 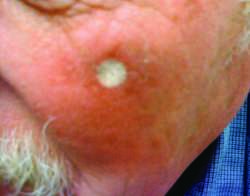 The use of low temperatures in medical treatment. Temperatures of about -20 C or below are useful in surgery, especially for destroying unwanted tissue such as warts, ACTINIC KERATOSIS and skin nodules (dermatofibromas). See also CRYOSURGERY.
Collins Dictionary of Medicine © Robert M. Youngson 2004, 2005

Method of treating a disease by the use of cold as a destructive medium. It may be used in the treatment of retinal detachment and breaks, conjunctival melanomas, lid tumours, uveitis, distichiasis and trichiasis.
Millodot: Dictionary of Optometry and Visual Science, 7th edition. © 2009 Butterworth-Heinemann

Feedback
Flashcards & Bookmarks ?
Please log in or register to use Flashcards and Bookmarks. You can also log in with
Flashcards ?
My bookmarks ?
+ Add current page to bookmarks
Mentioned in ?
References in periodicals archive ?
"Daniel Craig has been using kriotherapy as part of his training regime ahead of the new Bond film.
Daniel Craig reveals secrets to his toned physique
Procedures among individual groups of athletes applicable * ice downhill ski Procedures hockey skiing jumping Summary light therapy 5 5 1 11 kriotherapy 8 10 1 19 laser therapy 6 10 0 16 electrotherapy 10 8 0 18 magnetic field 4 7 1 12 ultrasounds 9 5 1 15 massage 8 7 0 15 kinesiotherapy 10 11 2 23 * Amount does not equal 100%, as respondents could give more than one answer
Injuries of the knee joint in chosen winter sports disciplines
But by easing muscular tension and boosting the circulation, not to mention encouraging the release of endorphins, kriotherapy can bring about a more relaxed and calm sense of being.
Injuries get cold shoulder
Doctors reckon Kriotherapy could help his fight back to full fitness.
On the mend Gazza to be locked in a freezer to beat his demons
And the left-sided midfielder reckons kriotherapy has played a major part.
Krio's the key as Ryan plays it oh so cool; BARCLAYS PREMIER LEAGUE BOLTON v WIGAN KICK-OFF 2pm
Aiding McCoy's progress is Kriotherapy treatment, which was also used by Ryan Moore last year.
Horse Racing: Bailey ponders Layne options; Favourite in danger of missing Newcastle showpiece
When Moore broke his elbow four years ago he undertook kriotherapy in order to speed up his recovery.
Moore talks of accident - but not yet of date for return
Gazza, 41, tried Kriotherapy sessions by pulling on thermal pants, gloves and socks and braving temperatures as low as -125C.
FREEZE-CRIED GAZZA; 3am EXCLUSIVE Football legend tries radical treatment to beat his demons
Ahern has availed himself of the offer of some kriotherapy to speed up his recovery, and the treatment, which involves being exposed to extremely low temperatures in an isolation chamber, had the desired effect, as the jockey explained after winning on the well-backed newcomer, supported from 9-1 to 4-1.
Ahern wins on his first ride back; WOLVERHAMPTON Friday
Now we know what Brooks has been doing since he gave up training 11 years ago, apart from writing for the Daily Telegraph and founding the London Kriotherapy Centre for people eager to discover what -135 degrees centigrade feels like but unable to climb into their own deep freezer.
'I had plenty of time to think and thought I had a great idea for a book' Charlie Brooks: ex-trainer, kriotherapy pioneer and now author. David Ashforth talks to him about his new racing thriller and why he's much happier without a training licence
Teetotal health-food fan Jase - the band's party animal in their heyday - is a fan of kriotherapy, a radical Chinese treatment in which he's immersed in a frozen liquid-nitrogen tank for a bodynumbing three minutes.
3am: Frozen Orange; EXCLUSIVE JASON'S HOOKED ON CHILL THERAPY
The accident ruled him out until well into March, and was deemed sufficiently nasty for the champ to undergo therapy in a freezing kriotherapy compartment.
SIX BLACK DAYS FOR THE CHAMP