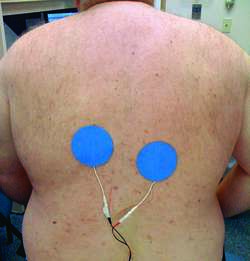 Feedback
Flashcards & Bookmarks ?
Please log in or register to use Flashcards and Bookmarks. You can also log in with
Flashcards ?
My bookmarks ?
+ Add current page to bookmarks
Mentioned in ?
References in periodicals archive ?
The Foundation Modern Apprenticeship studied by trainees on at IMS includes an NVQ level 2 in Performing Manufacturing Operations.
Step up to work
The IMs' electric powertrain consists of dual electric motors (front and rear) and a fast charging 115 kWh battery that generates 483 horsepower (360 kW) and 590 lb-ft (800 Nm) of torque, ensuring that the concept car will not only keep up with modern-day sports sedans but leave most of them in the dust.
Nissan's IMS Concept: Introducing the 'Elevated Sports Sedan'
IMS Euro specialises in supplying and developing non-pharmaceutical medical and veterinary products across an international network, with distribution sites in the Republic of Ireland, Netherlands, Belgium and the UAE.
Expansion for medical supply firm; IMS EURO BUYS UP BUSINESS PARK WHERE IT TRADES AND WILL CREATE 30 MORE JOBS
Now, IMS Productions is ready to step up to the Divisions Module to securely manage information access.
IMS Productions Now Manages With Xytech's MediaPulse
Section 2 describes the system model and related schemes for handover in NGMN using IMS are discussed in Section 3.
Handover Based IMS Registration Scheme for Next Generation Mobile Networks
Harris said: "I recommend the IMS as a good and satisfying way of giving something back.
Mentoring eases transition to a fresh career
IMS Health shareholders own approximately 51.4% of the shares of the combined company on a fully diluted basis and Quintiles shareholders will own approximately 48.6% of the combined company on a fully diluted basis.
IMS Health, Quintiles Close USD 17.6bn Merger
Nationally, IMS, which was founded in 2011, ranked number 1,392 of the top 5,000 companies.
InterMerchant Services added to INC 500
The IMS patent pending Checkers can quickly and effortlessly identify locations of miss wirings, continuity problems, and damaged pins or sockets.
IMS Streamlines Hot Runner Mold and Cable Troubleshooting with the New MoldXChecker and CableXChecker
IMS, which has approximately 80 professionals, is headquartered in Istanbul.
Hill International acquires Turkish firm IMS
Mavenir's IMS solution, based on the award-winning mOne Convergence Platform, enables the rapid and flexible deployment of the next generation core network.
T-Mobile Netherlands chooses Mavenir IP multimedia subsystem
The Chinese company has 28 percent share in the global service provider VoIP and IMS market against Genband 10 percent, Ericsson 10 percent, AlcatelLucent 9 percent and Nokia Networks 8 percent.
Huawei leads VoIP and IMS market with 28% share in Q2