[ho″me-op´ah-the]
a system of therapeutics founded by Samuel Hahnemann (1755–1843) in which diseases are treated by drugs that are capable of producing in healthy persons symptoms like those of the disease to be treated, the drug being administered in minute doses. adj., adj homeopath´ic. 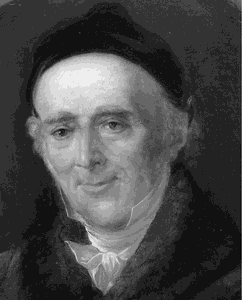 (hō'mē-op'ă-thē),
A system of therapy developed by Samuel Hahnemann based on the "law of similia," from the aphorism, similia similibus curantur (likes are cured by likes), which holds that a medicinal substance that can evoke certain symptoms in healthy people may be effective in the treatment of illnesses having similar symptoms, if given in very small doses.
[homeo- + G. pathos, suffering]

(hō′mē-ŏp′ə-thē)
n. pl. homeopa·thies
A system for treating disease based on the administration of minute doses of a drug that in massive amounts produces symptoms in healthy individuals similar to those of the disease itself.
ho′me·o·path′ (-ə-păth′), ho′me·op′a·thist n.
ho′me·o·path′ic adj.
ho′me·o·path′i·cal·ly adv.

Alternative medicine
A system of healthcare formulated by German physician Samuel CF Hahnemann (1755–1843), considered heretical for its opposition to the medical therapy of the time, which consisted of blood-letting, emetics and cathartics. Homeopathy is based on the principle of similia similibus curantur, “like cures like”—i.e., a disease caused by a substance (e.g., arsenic) can be cured by that same substance in highly diluted doses. Homeopathy was popular in the US until the early 20th century, after which time is was suppressed by mainstream medicine; it continued to be popular in Europe, Brazil, Argentina, and India, and has recently resurged in popularity in the US. The World Health Organisation says that homeopathy should not be used to treat serious diseases, specifically AIDS, diarrhoea, flu, malaria and tuberculosis.

A meta-analysis of 107 controlled trials of homeopathy (from 1966 to 1990) vaguely suggest that homeopathy may provide some benefit in treating allergies, chronic problems, mild deficiency states, mental disorders, hay fever, pain, rheumatologic disease, cardiovascular disease, upper respiratory tract and other infections, recuperation from surgery and other conditions.

Types of Homeopathy
• Classical homeopathy
This form is closest to Hahnemann’s original precepts, as it seeks to identify and the use of constitutional remedies; these are selected based on an in-depth interview, which provides information on current symptoms as well as psychological, emotional, physical and familial background.

• Combination homeopathy (Formula homeopathy)
The admixture of two to eight homeopathic remedies known to be effective against a particular condition (e.g., arthritic pain, dry cough, earache, tension headache, etc.), with the hope that one will have an effect on the symptoms affecting the patient.

• Nonclassical homeopathy
A format of homeopathy that is somewhat similar in philosophy to mainstream medicine, in that the remedy is chosen based on the nature of the condition and whether it is acute or chronic, rather than on the individual’s constitution.

• Single-remedy homeopathy
A permutation of classical homeopathy in which only acute conditions are treated and with single agents; the single-remedy format is well-suited for self-treatment by a knowledgeable home practitioner.

(hō'mē-op'ă-thē)
A system of therapy developed by Samuel Hahnemann based on the "law of infinitesimal doses" in similia similibus curantur (likes are cured by likes), which holds that a medicinal substance that can evoke certain symptoms in healthy people may be effective in the treatment of illnesses having symptoms closely resembling those produced by the substance.
[G. homoios, similar, + pathos, disease, + -y, noun suffix]

The use of diluted remedies that have energetic rather than chemical properties. They are prescribed according to the axiom that "like cures like."
Mentioned in: Naturopathic Medicine

(hō'mē-op'ă-thē)
A system of therapy developed by Samuel Hahnemann based on the "law of similia," which holds that a medicinal substance that can evoke certain symptoms in healthy people may be effective in the treatment of illnesses having similar symptoms, if given in very small doses.
[G. homoios, similar, + pathos, disease, + -y, noun suffix]