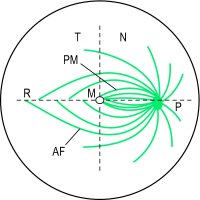 Feedback
Flashcards & Bookmarks ?
Please log in or register to use Flashcards and Bookmarks. You can also log in with
Flashcards ?
My bookmarks ?
+ Add current page to bookmarks
Mentioned in ?
References in periodicals archive ?
A total of five fibres were used for evaluation of surface energy.
The surface energy of hemp fibres is quite similar to that of unsaturated polyester resin, 35 mJ/[m.sup.2] [24].
The interfacial shear strength of hemp fibres in unsaturated polyester resin was evaluated in single fibre pull-out test and the results are shown in Table 3.
It has been pointed out [29] that the nonuniform diameter of natural fibres may yield unreliable results for IFSS by using this method, as is evidenced by the large scatter in results (high standard deviations).
This value of interfacial shear strength is consistent with the value reported by other authors for natural fibres in polymer matrix.
There is a range of interfacial shear strength values for glass fibres in polyester resin reported in the literature.
Various physical and mechanical properties of hemp fibres were evaluated to assess their suitability for use as reinforcement in composite materials.
The crosssection of hemp fibres used in this research was found to be more polygonal than circular in shape.
The surface energy of hemp fibres was evaluated at 32.8 mJ/[m.sup.2], higher than that of glass fibres at 21.5 mJ/[m.sup.2], but lower than that of unsaturated polyester resin reported in the literature.
Starke, "Thermogravimetric and differential scanning calorimetric analysis of natural fibres and polypropylene," Thermochimica Acta, vol.337, no.1-2, pp.169-177, 1999.
Balsubramanian, "Thermal stability of jute fibres," Indian Journal of Fibre and Textile Research, vol.7, pp.87-91, 1982.
Gassan, "Composites reinforced with cellulose based fibres," Progress in Polymer Science, vol.24, no.
A study in physical and mechanical properties of hemp fibres