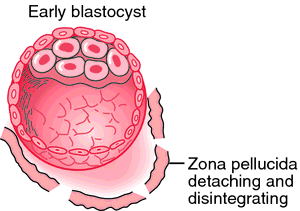 (hĕr'pēz zos'tĕr)
An infection caused by varicella-zoster virus, characterized by an eruption of groups of vesicles on one side of the body along the course of a nerve, due to inflammation of ganglia and dorsal nerve roots; the condition is self-limited but may be accompanied by or followed by severe postherpetic pain.
Synonym(s): shingles, zona (2) , zoster.

Q. what is shingles?

A. My wife just had this. It took about two weeks for it to clear up. The sores were painful for her. We tried all kinds of over the counter medicine becuase we thought it was an insect bite or a skin rash. She went to the doctor and found out what it was. He correctly predicted the two week recovery.

A. perhaps it will be then useful if the chicken pox would appear that you have then a separate room if necessary (quarantine).
i advice you also to inform yourself and build your own opinion with this link-page:

before you would like to go on with any vaccination, you should check out this very long list of links:

at the bottom you will also find links in english. vaccinations in general are very disputable/dubious and it is probably time that we learn about it.
More discussions about zona