[bahr´tun]
Clara (1821–1912). Founder and first president of the American National Red Cross. Born in North Oxford, Massachusetts, she distributed supplies for the relief of wounded soldiers during the Civil War, and at its close organized a bureau of records in Washington to aid in the search of missing men. She assisted in organizing military hospitals when the Franco-Prussian War started in 1870, and began at once to establish an American Red Cross Society upon her return to the United States in 1873. 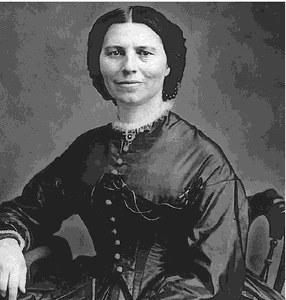