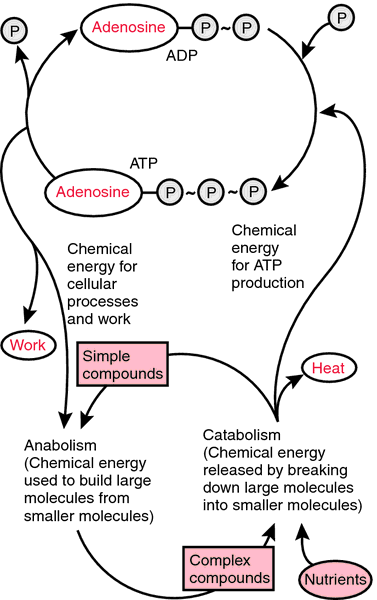 Abbreviation for adenosine 5'-diphosphate.
Medical Dictionary for the Health Professions and Nursing © Farlex 2012

a molecule consisting of an ADENOSINE unit on to which are attached two phosphate groups, which are joined by a high-energy bond. ADP can be converted to ATP by the addition of inorganic phosphate and about 34 kJ energy. See Fig. 15 . See ATP for molecular structure.
Collins Dictionary of Biology, 3rd ed. © W. G. Hale, V. A. Saunders, J. P. Margham 2005